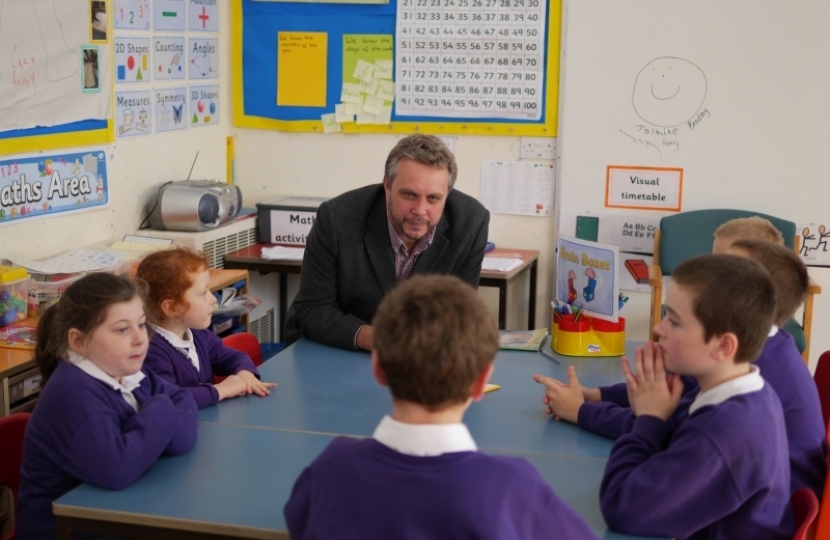 I am disappointed at today’s decision by the Supreme Court to back the current rules on school attendance which prohibit parents from taking their children on holiday during school term time.

I believe it should be up to parents to decide when to take their children on holiday in conjunction with the school.

This policy is unfair to those who work in the tourist industry and therefore unable to take a holiday during the peak season, as well as many hard working families who are unable to afford the very high costs during the school holidays.

This is not the end of the matter for me and I am considering what steps I can now take to continue the campaign to get this policy changed.

One area where I disagree with the Government is on their changes to the rules that govern school attendance. I was able to secure a debate in Westminster on this and continue to work from within the Government to change the rules for the better.

The changes to school attendance rules have seen parents unable to take their children out of school during term time and risk being fined if they do. This has led to families not going on holiday during the traditional ‘shoulder months’ of the tourist industry, also being effectively priced out of going on holiday during the summer months. This has affected the revenue of many tourist related businesses in Cornwall, as well as stopping many Cornish parents who work in the tourist industry from going on holiday with their own families.

I believe it should be up to parents to decide when to take their children on holiday. The policy is also unfair to those who work in the tourist industry and therefore unable to take a holiday during school holidays.

A debate was secured as a direct result of the online petition that attracted over 100,000 signatures. I was asked to lead the debate as a member of the Petitions Committee. It was reassuring to see the number of colleagues, both locally and in Westminster who came forward to offer their support. This, combined with the backing of groups such as Visit Cornwall and the Local Government Association, as well as a number of family and parenting groups and of course, as the large numbers of constituents who are keen to ensure their views are represented, shows how much of a groundswell of support this issue has.

Following an important High Court ruling on the enforcement of these fines I asked an unprecedented Urgent Question of the Government on this matter and look forward to leading a further debate later in the year.

I hope I have made the case for change and that the Government has listened to the voice of parents and tourism businesses. Although we have not yet changed the Government’s mind on this issue, this was an important step. The fight goes on.