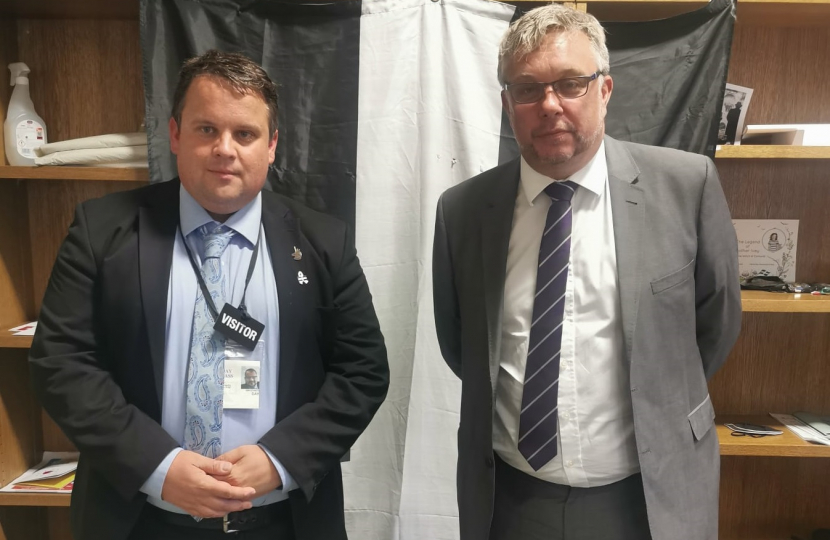 Local representatives have raised concerns about the timing of a decision made by Cornwall’s Inshore Fisheries Conservation Authority, and the impact this will have on Mevagissey’s fishing fleet.

However local representatives of the area have challenged the vote, believing that it was made prematurely, without being based on evidence, and could negatively impact on the port of Mevagissey’s inshore fishing fleet.

“As part of my work as MP I regularly engage with Mevagissey fishermen and was well aware of the contentious work being done by the Cornwall Inshore Fisheries Conservation Authority (IFCA) around the ‘Confirmation of Fixed and Drift Nets Byelaw’.

I am told that as it stands this byelaw will have a catastrophic impact on Mevagissey’s inshore fishing fleet and will see it decimated if it is passed.

In order to seek reassurances that the proposed changes are based on sound evidence, I spoke with the Chief Officer for Cornwall IFCA last week. Sadly any such reassurances were not forthcoming.

I was instead led to believe that there is in fact no evidence to support these changes other than the say so of certain stakeholders, without any evidence to back them up.

I challenged this and was told that if a decision was made to send this byelaw through to DEFRA at Friday’s meeting, that it would be extremely unlikely that IFCA would ever know if they had made the right decision.

However I was also told that with the recent introduction of the Catch App, IFCA now has the ability to gather the evidence that is needed in order to make a sound decision.

I therefore wrote to all members of Cornwall IFCA last week and asked them to allow time for the Catch App to do its job and gather evidence, and then IFCA will be able to make an informed decision on this matter in the future.

I was sorry to see that Cornwall IFCA instead voted (7-5) to pass this byelaw through to the next stage of consideration, by MMO and DEFRA.

Accordingly I will be working with Mevagissey Fishermen and the local Cornwall Councillor to challenge this with MMO, DEFRA and Ministerial colleagues, and continue to make the case that this decision is premature until suitable supporting evidence can be obtained to support it or otherwise.”

Also speaking up on the issue was Mevagissey and St Austell Bay, James Mustoe, who said:

“As a former member of Cornwall IFCA for seven years, I have always been well aware of the need to ensure the preservation of our marine environment and ecosystem, but also that it is balanced against the need for our inshore fishing fleets to be able to make a living.”

“With this in mind, it is only right that all decisions taken by IFCA must be evidence-based and not rushed into, because of pressure from lobbying groups who do not have the best interest of our fishing fleets at heart.”

“Sadly with their latest by-law I am not convinced that IFCA have done this. Despite evidence-backed submissions from Mevagissey’s fishermen, they have persisted in pushing through new rules which if implemented will see the vast majority of Mevagissey’s inshore fishing grounds rendered off limit, for no appreciable gain, conservation-related or otherwise, a vote pushed through by an IFCA that was very much split, without evidence, backing of key stakeholders, and because of the lobbying of recreational anglers.”

“I am very concerned about this, and will be working with our MP Steve Double to ensure this decision is highlighted at the top of Government, and that every attempt is made to properly scrutinise it and act accordingly before it comes into play.”