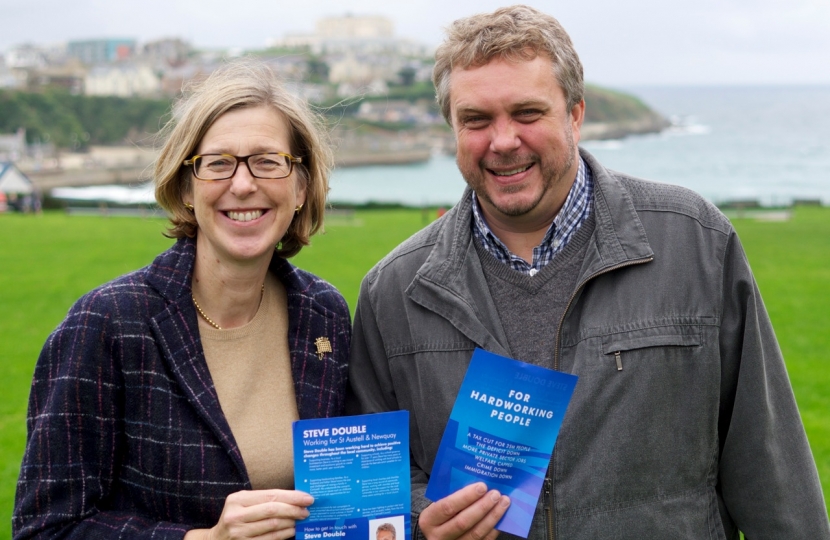 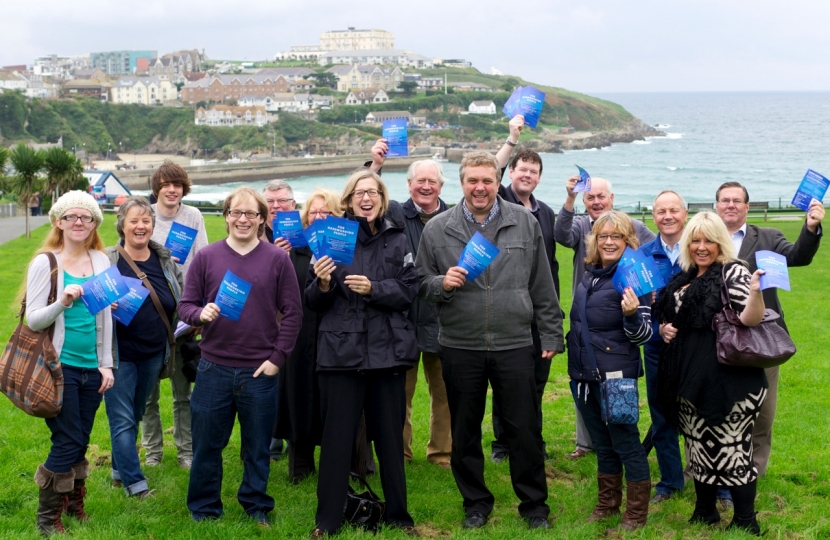 Deputy Chairman of the Conservative Party, Sarah Newton MP, was in Newquay on Saturday to support the Conservative Parliamentary Candidate, Steve Double, in his campaign to be elected as the MP for Newquay and St Austell at the next General Election.

Steve Double who worked in Newquay for many years, said:

“Since my selection to be the Parliamentary candidate for my home constituency earlier this year I've been delighted by the level of support I have received from local residents. My campaign team are all local people who know the issues and care deeply about their home communities.

Over the coming 18 months I hope to speak to as many local people as possible and win their trust and support ahead of the General Election in 2015”.

"I hope as many local residents as possible will complete my on-line survey by following the link from my website: www.stevedouble.org.uk"

Later in the afternoon Steve and Sarah met up with local councillors and residents at Newquay’s Killacourt to discuss issues facing the local area.

They then walked through the town talking with residents, delivering leaflets and spreading the positive messages about Steve’s campaign to support local business, help hardworking families and protect our natural environment.

“The Conservative led Government has begun to sort out the mess left by the previous government. We have reduced the deficit, cut taxes for 25 million people, created over 1.3 million new private sector jobs, capped welfare, reduced crime and immigration.

We are now in a position to start to build for the future and create new opportunities for all, especially the next generation as they seek to find jobs and buy their own homes here in Cornwall.”