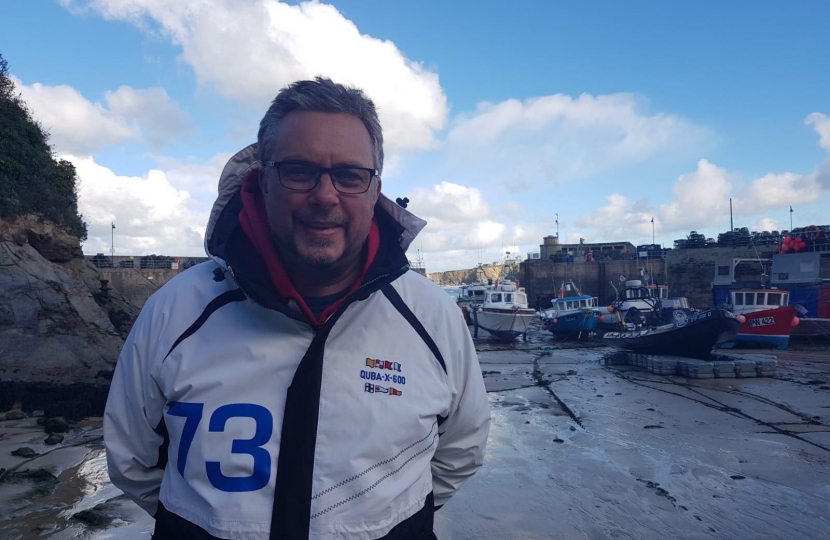 Steve Double, Member of Parliament for St Austell and Newquay, has welcomed the recent announcement by the Secretary of State for the Environment, Michael Gove, on plans to extend the 5p plastic bag charge to all retailers and increase the charge to 10p.

Currently, the 5p charge only applies to large retailers, but it is estimated over 3.6 billion single-use plastic bags are supplied annually by small and medium-sized enterprises (SMEs). Trade bodies representing around 40,000 small retailers have already launched a voluntarily approach to a 5p charge, but this accounts for less than one-fifth of England’s estimated 253,000 SMEs.

The consultation launched will also explore the possibility of increasing the 5p minimum charge to encourage further behaviour change, potentially doubling it to 10p.

“Statistics show that the 5p single use plastic carrier bag charge has been extremely successful in reducing the amount of plastic we use in our everyday lives. Since its implementation we have taken over 15 billion plastic bags out of circulation.”

“I have seen this reflected in beach cleans and litter picks as far fewer plastic bags are found.”

“But we can still go further as every plastic bag that litters our countryside or beaches damages our environment. I continue to press the government to take further action to reduce single use plastic.”

“That is why I welcome this consultation and await its outcome with interest. I will continue to do all I can locally in Cornwall and in Westminster, particularly in my role as the chairman of the Ocean Conservation All Party Parliamentary Group to press for these and other important changes. We need to take better care of our environment for future generations.”