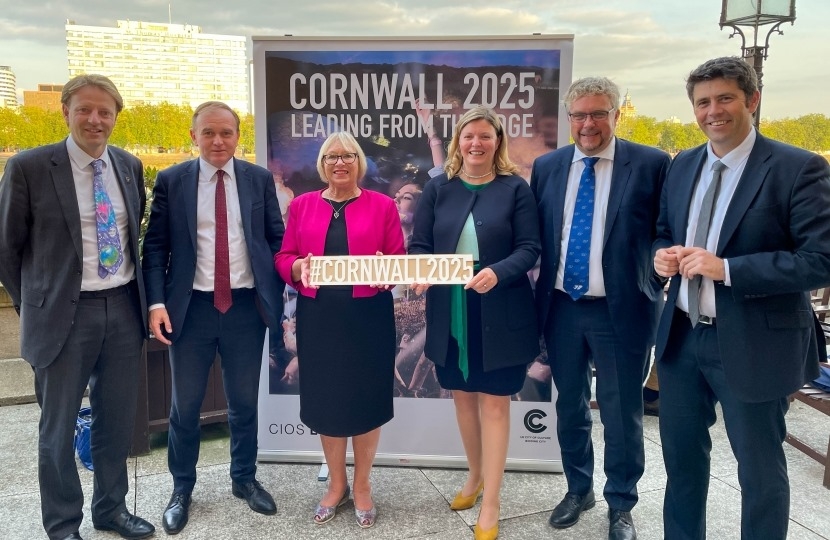 The Department for Digital, Culture, Media and Sport (DCMS) which runs the four-yearly competition, confirmed today that Cornwall had been selected to proceed further with its bid from an initial 20 expressions of interest from around the UK.

DCMS will now award Cornwall a grant of £40,000 to support a full application before a final shortlist is announced in early 2022, with the winner expected to be announced in May.

“Cornwall has an incredibly strong and diverse culture and heritage with something for everyone. While we are renowned for our stunning coastal views and food and drink we also have world-class and vibrant creative industries.”

“I am delighted to have supported this bid, along with my Cornish MP colleagues and Cornwall Council, and look forward to seeing it progress to the next stage, with additional funding from the Government being used to help make the case for Cornwall to be the UK City of Culture for 2025.”

Cornwall’s bid has the themes of ‘people, place and planet’, with the environment and the transition to a low carbon economy and society at its heart. The bid explores how culture can foster conversations and community responses to some of the biggest challenges facing the world today, including climate change.

Bidding for the City of Culture title has been shown to have a very positive impact on a place, with previously longlisted locations bringing together enduring partnerships to share a vision for an area and attract investment.

And the benefits of winning the title are significant, showcasing a location to the country and the world in a year-long celebration of culture. Coventry, which is UK City of Culture 2021, has attracted over £100 million in capital investment to support cultural projects, while Hull saw more than 5.3 million visits in 2017.