Government announces support for measures to crack down on sewage discharges 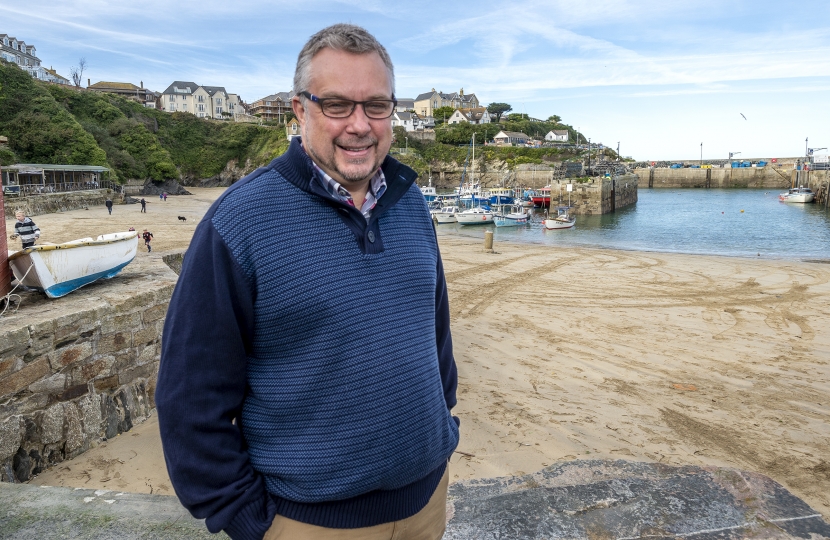 The government has announced that it will incorporate three key measures from the Sewage (Inland Waters) Private Members Bill into the Environment Bill.

The new measures will require the government to publish a plan by September 2022 to reduce sewage discharges and report to Parliament on progress on implementing the plan, and will place a legal duty on water companies to publish data on storm overflow operation on an annual basis. The Bill also requires the government to set a legally-binding target for water quality.

St Austell and Newquay’s Member of Parliament and Chair of the Ocean Conservation All Party Parliamentary Group Steve Double was a key signatory of the earlier Private Members Bill and has welcomed the news.

“It is sadly still too common to see raw sewage discharged into our waters due to some of the antiquated water infrastructure that we have in Cornwall, as we have seen recently at the Gannel in Newquay.”

“This is unacceptable and something I have been pressing for action to be taken on since I was first elected. I am pleased to see the Government has now taken action and is formally adopting elements from the Sewage (Inland Waters) Private Members Bill into the Environment Bill, scheduled for later this year.”

“These measures will ensure the Government can hold water companies to account more effectively which will result in fewer discharges in the future.”

“This is something that I have been calling for, for some time, both as local MP and also as Chair of the Ocean Conservation APPG and it is good to see progress being made on reducing sewage discharges that pollute our marine and inland river environments.”

“I will continue to do all I can to ensure that SW Water take action to improve their local infrastructure and these new laws, once passed, will mean I am more able to hold them to account.”