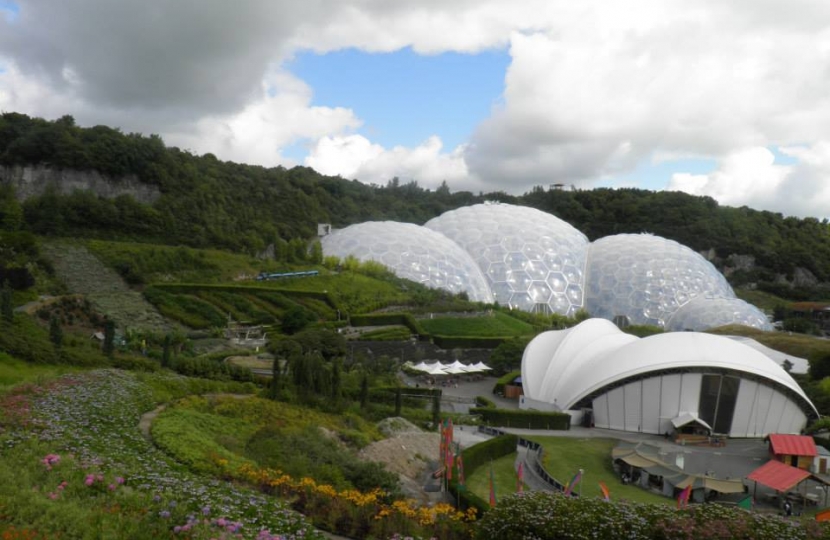 Steve Double, Member of Parliament for St Austell and Newquay, has welcomed today’s announcement that the Eden Project has secured funding to move forward with its plans to generate geothermal energy.

The £16.8 million sum has been secured from a mixture of public and private sources. Cornwall’s final round of EU funding, the European Regional Development Fund (ERDF), has contributed £9.9m via the Department for Housing, Communities and Local Government and Cornwall Council has put in £1.4m. Institutional investors have contributed the remaining £5.5m.

“Cornwall is a literal hotbed for geothermal energy and has for some time been a leader in clean and sustainable energy production.”

“I have long championed the Eden Project’s efforts to realise the potential of this renewable energy.”

“Cornwall’s unique geology enables geothermal energy to make a significant contribution to maintaining the Duchy’s clean energy credentials. It is great news that we have been able to secure funding for this scheme that fits well with the Eden Project's vision. I’d like to thank everyone who has been involved locally in getting us to this position.”

"Once built, this plant could supply all the power Eden and around 4,000 households need, plus heat for a local network for industrial and horticultural use, obviously a major addition for our local grid."