I will fight for investment in our infrastructure – especially roads 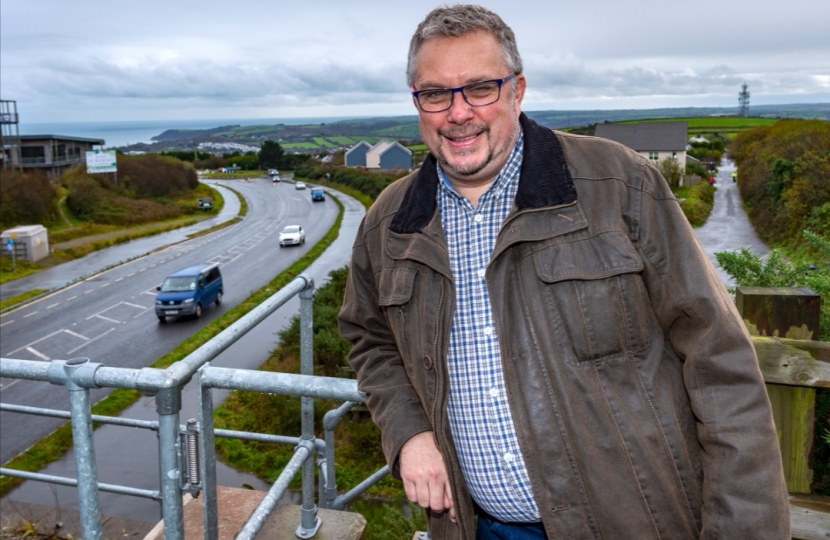 Cornwall faces unique challenges in our hospitals and schools. Our infrastructure is under pressure while the funding we receive in the past has not been comparable to other parts of the country.

However, this is changing – since I have been MP I have:

•           Worked with the community to persuade South West Water to invest £3.3m in their sewage treatment works at St Austell

I have campaigned to get Cornwall better connected, both in terms of transport infrastructure but also by working mobile phone companies, BT Openreach and the Government to reduce the number of mobile phone ‘not spots’ and areas of poor speed internet connectivity in Mid-Cornwall. We recently saw a great announcement for Cornwall as the Government announced a £1 billion deal with the mobile phone industry to banish rural not-spots.

I have also campaigned to get better protection for new home buyers, leading several debates in Parliament on this, which has led to the Government announcing a new Ombudsman to better regulate complaints in this sector