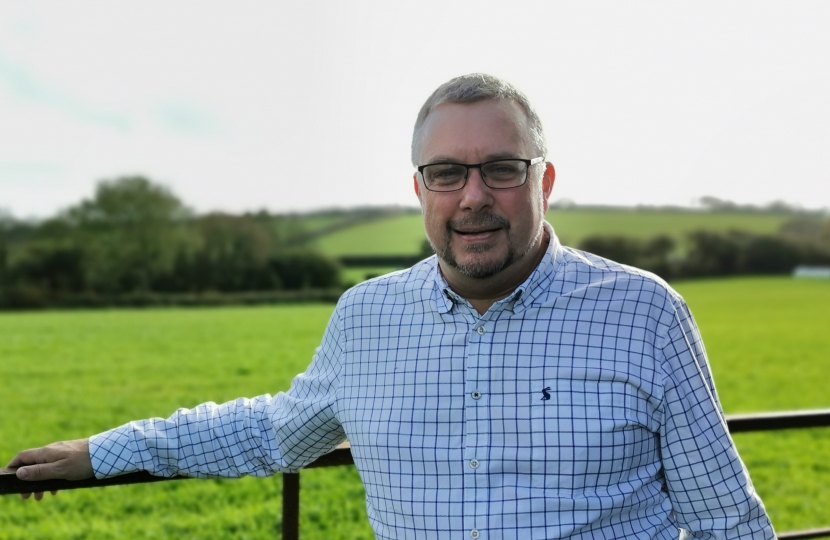 The Liberal Democrats pushed through a housing target figure of 47,500 for Cornwall. I have consistently opposed this. Whilst we need to provide housing which is affordable to local people it is clear that the current model isn't working. The housing stock continues to grow, yet owning their own home remains out of reach for too many people in mid Cornwall.

I will continue to work with local communities and developers to find sustainable ways to provide affordable housing, as well as the infrastructure to support it.

Unlike previous Members of Parliament for St Austell and Newquay, I have not sat on the fence when it comes to planning applications that could have a major potential impact on our constituency.

I am delighted to have worked with local residents to persuade Cornwall Council to once again, as I did when I was local councillor for the area, see off Wainhomes’ plans for another huge inappropriate housing development north of Cornwall College in St Austell.

In Newquay I have worked with local residents on the campaign to save the footpath above Whipsiderry Beach from inappropriate development which would ‘concrete the cliffs’.

These plans were defeated once and have now returned. I am opposing these plans on behalf of local residents as well as planning to meet with the Minister in Parliament to try to change the outmoded policy which I believe has led to the plans progressing further than they should have.

I have also campaigned on environmental matters locally and as Chair of the Ocean Conservation All Party Parliamentary Group, pushing for national change to help us live more sustainably, such as going plastic free, the single use plastic bottle deposit scheme, as well spearheading the refill and plastic free movements locally, and taking part in dozens of community litter picks and beach cleans.