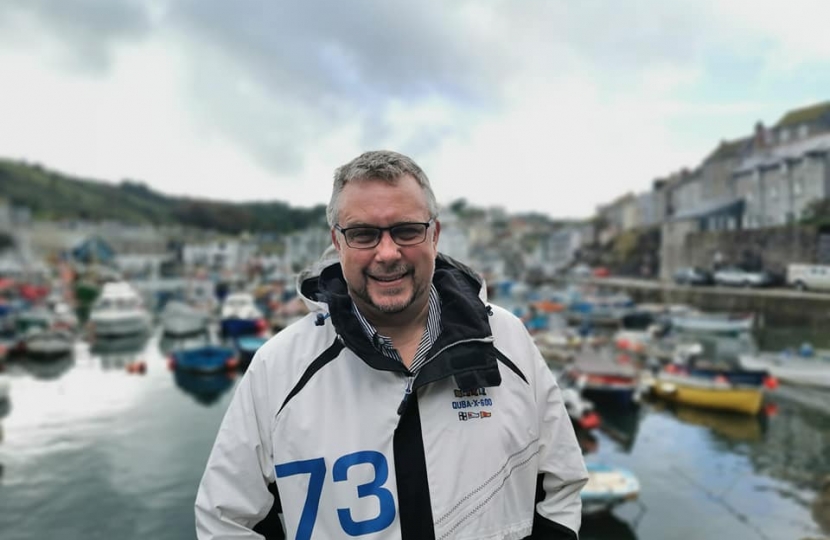 The Marine Management Organisation (MMO) is to explore ways of changing its process for consultation following a debate called in Parliament earlier this year by St Austell and Newquay MP Steve Double.

Steve had called the debate after concerns were raised with him by local fishermen that they had not been consulted on key applications, despite the applications potentially greatly affecting the areas in which they fish.

Environment Minister Rebecca Pow MP has now written to Steve outlining that as a result of the debate, the MMO propose to engage further with local Inshore Fisheries and Conservation Authorities (IFCAs) to explore and agree, where practicable, improved mechanisms for how consultations can be cascaded to local fishing associations to expand the reach of the consultation.

The MMO will also explore improvements to the MMO marine license public register and propose to seek views of relevant stakeholders prior to making changes to ensure user needs are met and best value for money is achieved.

“I was pleased to raise the concerns of local fishermen in Parliament in February, as they had clearly been overlooked by a flawed consultation system that was no longer fit for purpose.”

“It is good to see the Minister and the MMO have listened and subsequently have decided to take action to make this process better for everyone.”

“I look forward to working with all concerned in the future to ensure the marine licensing system continues to  work as it should.”