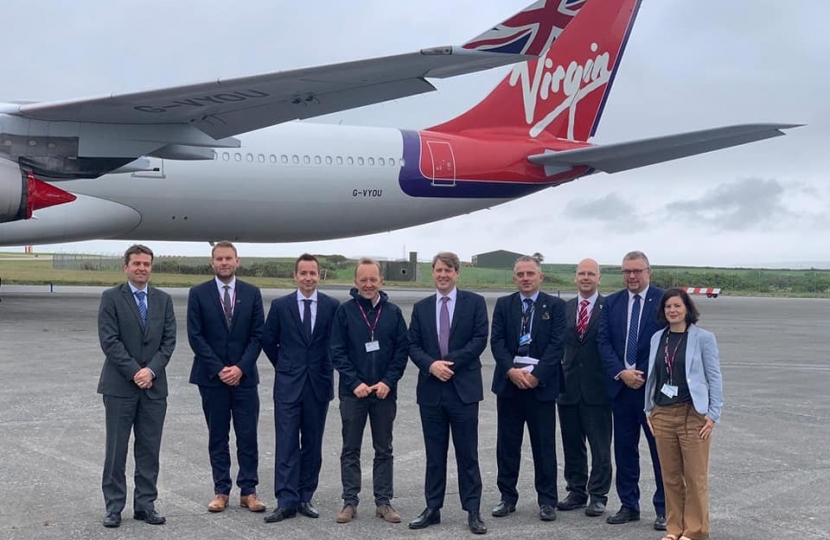 The announcement today that the Government is providing £7.8m of funding to Spaceport Cornwall has been hailed as a huge boost for Cornwall by Mid-Cornwall MP Steve Double.

This follows years of campaigning to let everyone know that Cornwall Airport Newquay is the best place for the UK’s first horizontal launch spaceport and is a major step forward.

“Many people thought that this was a pipe dream, almost science fiction. But we have turned it into science fact with a brilliant bid from Spaceport Cornwall that attracted international attention.”

“I have been working hard,   both in Parliament and in Cornwall, to ensure this outcome happened, inviting Ministers to the airport so they could see for themselves what we already know.”

“Congratulations to everyone involved including Cornwall Council, the LEP, the great team at Cornwall Airport Newquay and Virgin Orbit for all playing their part in making this dream a reality.”

“As I have often said this project isn’t just about the investment it will bring but about raising the aspirations of generations of Cornish Children, who will now have a ground-breaking initiative on their doorstep.”

“I look forward to seeing the millions of pounds of funding released and the work now start to make our Spaceport a reality.”