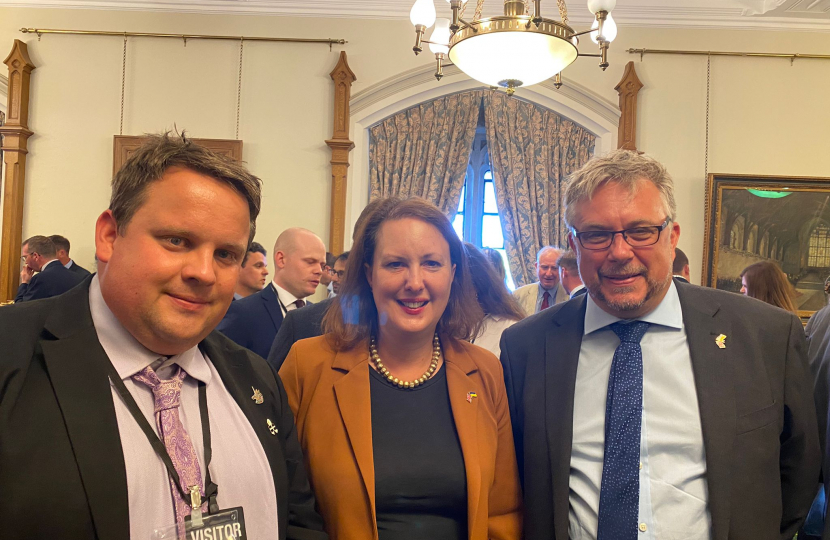 The byelaw, which was recommended by IFCA to the Marine Management Organisation (MMO) and DEFRA for approval last Friday, restricts the inshore fishing grounds off Mevagissey. The Mevagissey fishing fleet which is predominately made of small inshore boats, are now threatened with not being able to fish in the areas that make up their traditional fishing grounds.

“I remain concerned about the decision-making that has taken place on this byelaw and that there is simply no evidence to back up what, is a significant change that will have a negative impact on Mevagissey’s inshore fishing fleet.”

“This week I have already written to the Chief Executive of the Marine Management Organisation and asked that this law be paused until evidence to support IFCA’s claims can be found. This follows the CEO of Cornwall IFCA telling me that they did not have the evidence to support the claims made in the byelaw.”

“I have been pleased to have subsequently met with Victoria Prentis MP, the Fisheries Minister, along with Cllr Mustoe and put the concerns of the fishermen from Mevagissey direct to her. She was concerned to hear what has happened and awaits the feedback from the MMO with interest.”

“We will continue to do all we can to push to ensure this decision is revised and the byelaw makes no progress until evidence to back it up can be found, or scrapped altogether.”

“This is an extremely dubious decision by Cornwall’s IFCA and I fully support Mevagissey’s fishermen in their goal to get this outrageous decision overturned.”

“I am grateful for the continued support from Steve Double MP and in particular for the opportunity to be able to make the case about this decision, and the impact it will have on our inshore fishing community, direct to the Fisheries Minister.”

“It is only right that organisations like Cornwall IFCA are held to account and their decisions scrutinised, particularly when they have the potential to impact so devastatingly on the livelihoods of our fishermen, and I hope the MMO and the Minister will see what has happened and act accordingly.”

Local representatives have raised concerns about the timing of a decision made by Cornwall’s Inshore Fisheries Conservation Authority, and the impact this will have on Mevagissey’s fishing fleet.