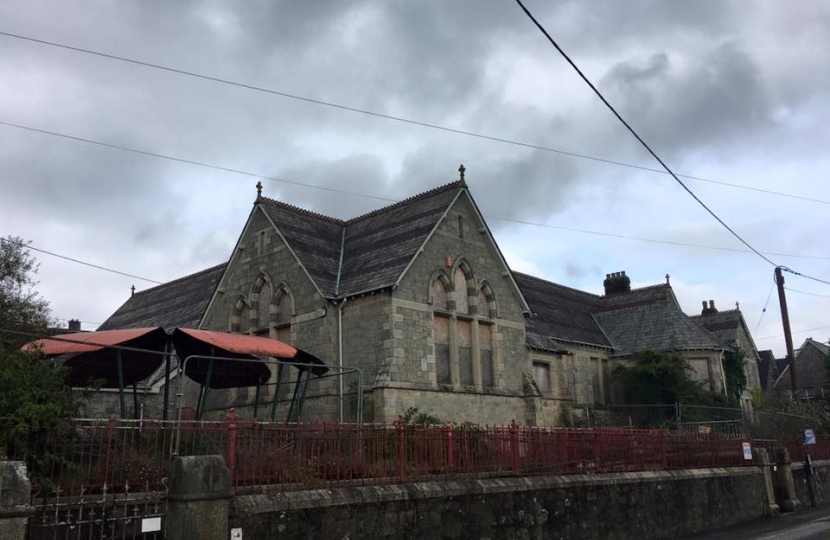 Steve Double, Member of Parliament for St Austell and Newquay has hailed the start of work to clear fire damage from the site of the former Carclaze Infant School in St Austell, as a fresh start for the site.

Work to clear fire damage from the site of the former Carclaze School in St Austell is due to start on 17 May.

A survey for future use of the site had been due to start last year but was delayed, and then a fire caused significant damage to the building.

Cornwall Council has now appointed Gilpin to carry out work to make the site safe for a full structural survey. Following the result of the survey, Cornwall Rural Housing Association will be able to plan to deliver the community’s priority of retaining the historic building for affordable housing for local people.

“As a former pupil of Carclaze I have always taken a keen interest in this building and have been incredibly frustrated by the lack of action to far. The lack of urgency and neglect from previous councillors sadly resulted in the current situation. Therefore, I am pleased to see Cornwall Council, with a new Conservative administration in place, finally taking some action on this site.”

“I look forward to working with our new local Cornwall Councillors and in particular new Poltair and Mount Charles local member Richard Pears, whose Division this site borders, to achieve a lasting and positive solution for this site. This initial work is an important first step, but we will continue to push until the building is brought back into meaningful use.”

“Prior to the election this site is one of the top things raised with myself and former Conservative Candidate for the neighbouring division Sally-Anne Saunders, by residents living in the vicinity. This is something we said we would deal with and I am pleased in the early days of our new Conservative administration that we are getting down to business and already getting work on this site underway.”

“Local Conservatives pledged to Build Back Better, and this work on this site is literal proof of this for St Austell. I will do all I can to work with Cornwall Council to ensure this happens.”