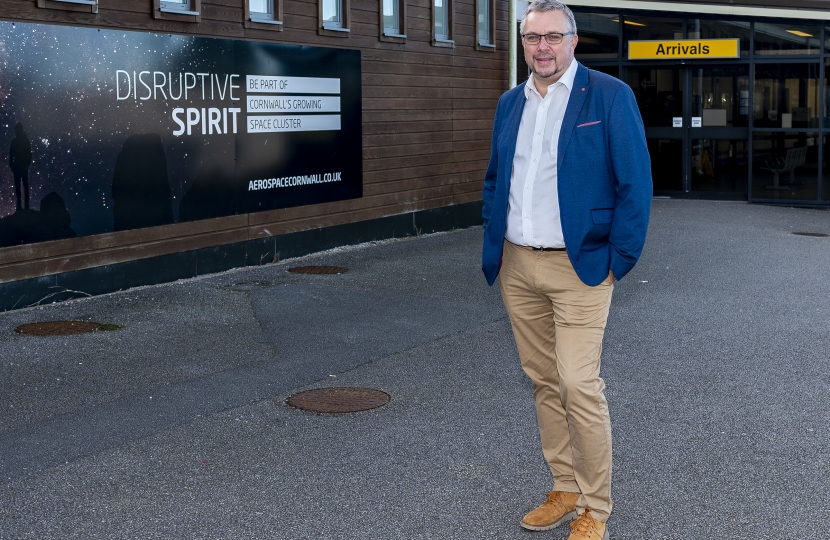 Ahead of the G7 coming to Cornwall, the Government has laid new legislation before Parliament that will make commercial space launches a reality.

The legislation will come into force this summer and will help propel the development of commercial spaceflight technologies, from traditional rockets to high-altitude balloons and spaceplanes.

Developed with the UK Space Agency and the Civil Aviation Authority, new regulations being laid in Parliament today will mean satellites and rockets can launch from UK soil for the first time – with Spaceport Cornwall in Newquay being a key potential beneficiary.

St Austell and Newquay’s Member of Parliament Steve Double has worked to realise the potential of Spaceport Cornwall since his election in 2015. Steve said:

“I am pleased to see this key legislation laid before Parliament today, which will allow commercial spaceflights to launch from sites such as Spaceport Cornwall in the future.”

“This is another giant leap towards realising the exciting potential of the space industry for Cornwall, something which I have worked hard to make a reality since I was first elected in 2015.”

“The commercial satellite launches that we will see from Spaceport Cornwall will improve our access to data and communications, and revolutionise services such as satellite navigation and earth observation - enhancing the way we live, work, travel and interact with our planet, particularly in observing the global issues around climate change.”

“I will continue to do all I can to work with the team at Spaceport Cornwall, along with colleagues in Government to get this project ready for launch.”

“This is a pivotal moment for our spaceflight ambitions. Since the start of the spaceflight programme in 2017, we have been clear that we want to be the first country to launch into orbit from Europe.”

“The laying of these regulations puts us firmly on track to see the first UK launches take place from 2022, unlocking a new era in commercial spaceflight for all 4 corners of our nation.”