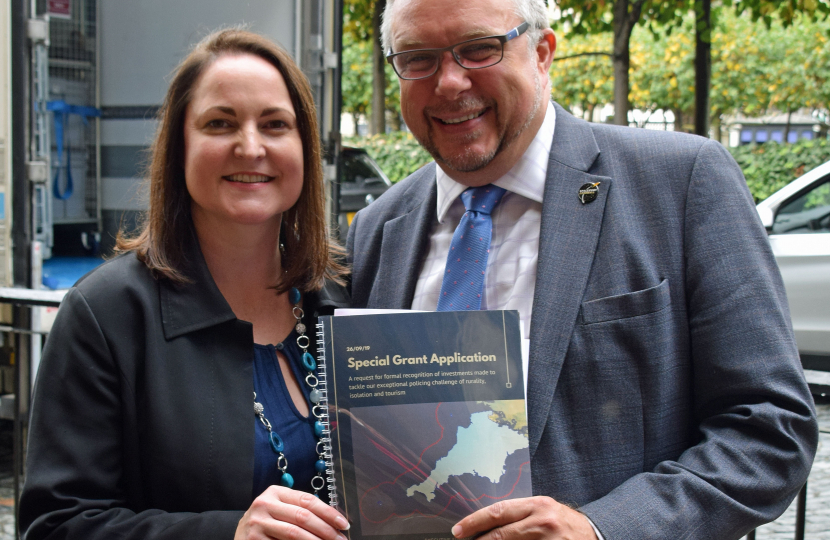 Welcoming the news was St Austell and Newquay’s Member of Parliament, Steve Double, who said:

“I have been working with our Police and Crime Commissioner Alison Hernandez to make the case for permanently reopening the front desk of Newquay police station for some time now, and am pleased to see PCC Hernandez deliver on this, following today’s announcement.”

“People feel safer having a police station that they can visit if needed, and with Devon and Cornwall Police on course to have more officers than ever before by 2023, this confirmation of the future of Newquay Police Station’s front desk, along with the extension of St Austell’s hours earlier this year, is great news for local policing and the law abiding people everywhere.”

“Police stations offer a place of refuge for victims and a point of contact between the police and the public they serve.

"They are hugely reassuring for many people, enabling crimes to be reported, victims to be protected and information to flow freely between the force and the public it serves.

“I have been very vocal about the public’s desire to see some of these front offices reopened, and the importance of establishing greater communication and understanding between the force and residents, so am really pleased to see progress on this landmark project – it shows that our police stand side by side with our communities in tackling crime.

“We know that when people have contact with police officers their confidence in the force increases. With police officer numbers set to reach record levels in Devon and Cornwall Police thanks to investment by our communities it is right that we maximise opportunities for the public to talk to officers and staff directly.

“We will not stop there. I believe the force should be more visible so am engaged in talks to work out where more enquiry offices might be opened to best serve the public.”