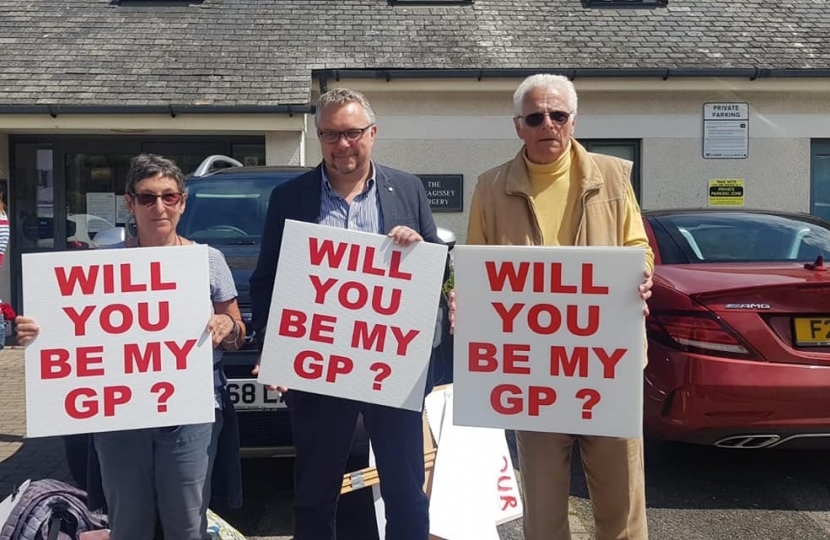 The positive #WillyoubemyGP campaign to secure the future of Mevagissey Surgery has been a success, as NHS England has today announced a new contract holder for the facility, safeguarding its future for the 5,300 people registered there.

The community campaign, which quickly gathered support, has seen its message shared far and wide across social media, with the hashtag #willyoubemyGP getting local, national and international attention.

The campaign has also been highlighted in Parliament by local MP Steve Double, who raised it with the Prime Minister and the Health Minister in recent weeks.

“This is a victory for the community of Mevagissey and the surrounding area.  They have once again demonstrated their unity by coming together magnificently with a strong and positive message, which they got out their quickly. This has demonstrated both to local NHS decision-makers and to the wider world, both what an amazing place it is to work and live in, but also how strongly valued the surgery and the support it provides is.”

“I have been proud to support the community in their immediate aims of highlighting the issue, and stressing how important the surgery is, having visited the sessions held in the surgery by the NHS and met with staff and campaigners, raised it twice in Parliament at the highest levels, got the support of the Prime Minister and Health Minister, and also, along with local Cornwall Councillor James Mustoe, responding in detail to the NHS consultation on the future of the surgery.”

“I am delighted to see that a Cornish practice, Veor Surgery, has stepped in and will be running the surgery from now on. This is an exciting development and I look forward to seeing the ongoing plans they have for this beloved and vibrant surgery.”

“My congratulations to those who run a successful and well thought out campaign on a great job well done. It was vital that we kept this service running and, with the strong efforts of the positive community campaign, this is what has happened.”