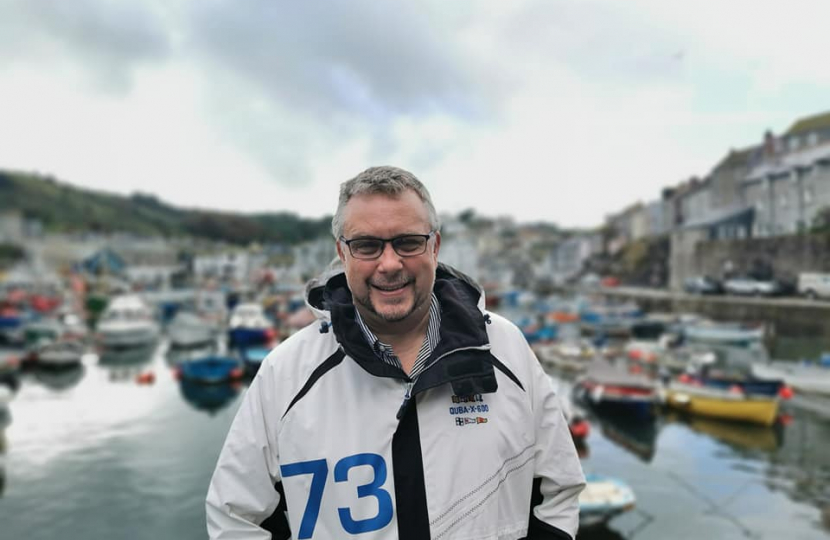 Steve Double, Member of Parliament for St Austell and Newquay, has welcomed the news that Fisheries Minister Victoria Prentis has this week confirmed a continuation into 2022 of last year’s successful bluefin tuna CatcH And Release Tag (CHART) programme

The programme, which runs across the South West and includes the Aquilla in Mevagissey, has now been approved for another year in parallel with a consultation on a future live release recreational fishery.

Steve had worked with the Angling Trust to make representations to DEFRA to confirm the continuation of the programme.

“I am pleased to see confirmation from the Fisheries Minister this week that the CHART programme will continue into 2022 in parallel with a consultation on a future live release recreational fishery.”

“The CHART program that previously ran showed how successful a catch and release bluefin tuna fishery can be, making a major contribution to our knowledge of the species and why they are in UK waters, and even at a small scale, contributing an estimated £650,000 to £750,000 to the local economy, including extending the season for the charter boats involved beyond the end of the summer.”

“The recreational fishing sector has shown that we have a world class Atlantic Bluefin Tuna fishery on our doorstep. A fishery that can deliver incredible angling experiences, significant economic benefits, world class science, and do so in a sustainable manner, and I am pleased to see the Minister recognise this in her decision, as well as looking to consult on a recreational fishery for bluefin tuna for the future.”