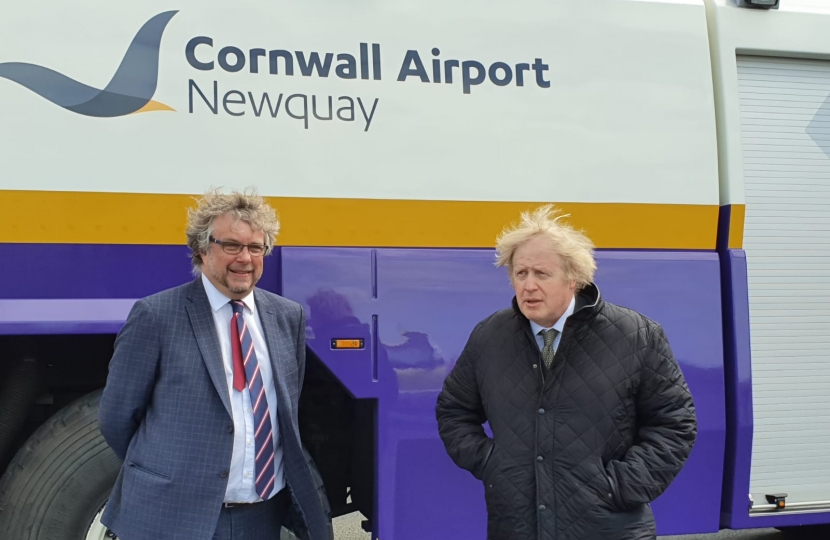 The Prime Minister Boris Johnson has visited Cornwall Airport Newquay following the recent announcement of Government funding to upgrade Cornwall’s airport ahead of the G7 Conference.

The Prime Minister was welcomed by local Member of Parliament Steve Double, who gave a tour of the facilities and the work that is already being done ahead of welcoming world leaders in June.

“It was great to welcome the Prime Minister to Cornwall today as he landed at Newquay Airport.”

“He was able to have a tour and see for himself the work that has begun to upgrade parts of the airport ahead of the G7 leaders summit.”

“This is part of the £7.8million the government has invested to not only prepare for the G7 but also as a long-term investment that will assist in making the airport ready for the Spaceport.”

“With the airport due to open again on 30th April and plans progressing to begin  satellite launches next year, this funding will not only help secure the future of the airport which is vital for the Cornish economy, it will also pave the way for further invest and job creation when our Spaceport begins operations.”