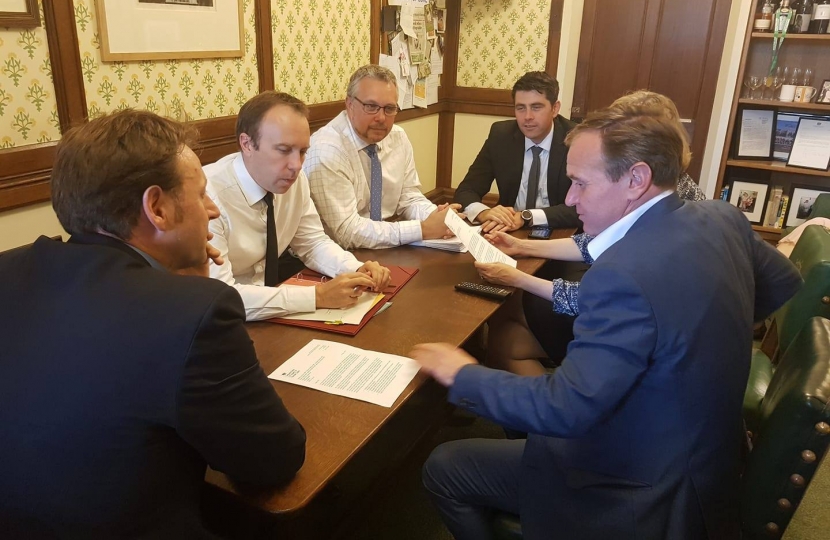 Steve Double, Member of Parliament for St Austell and Newquay, has welcomed this morning's announcement by Health Secretary Matt Hancock that Cornwall will get up to £450 million for a new hospital.

The plans are part of a new strategic Health Investment Programme of £13billion to upgrade hospitals across the country.

This will include funds for the NHS in Cornwall to begin work, with local decision makers, to consider options and work up the business case, which could include a brand new acute hospital on a new site, upgrading of existing Community Hospitals as well as redevelopment of existing facilities at Royal Cornwall Hospital Treliske.

The case for a new Cornish hospital was presented to the Health Secretary at a meeting with all 6 of Cornwall’s MPs earlier this year. That the government has accepted this and committed to fund a new hospital so soon is great news for all in the Duchy.

"Today's announcement is quite simply a game changer for acute care in Cornwall."

"For as long as I can remember, people have been crying out for a new hospital in Cornwall, to take pressure off the existing site at Treliske and to have an accute care centre at a more accessible location in Cornwall."

"Today's announcement is the first step to achieving this and I welcome the opportunity to work with local NHS leaders and my Cornish MP colleagues to make this hospital a reality."

"I am also pleased to see that some of the monies allocated can be used to upgrade some of our excellent community hospital facilities in towns like St Austell and Newquay, a cause which I have long championed."

"This announcement is in addition to the nearly £150 million in funding announced previously for Treliske for capital improvements and a new mother and child unit, a new mental health inpatient facility for young people, as well as real term funding increases for the NHS in Cornwall every year since 2010."

"Since I joined Boris Johnson's team at the Department of Health and Social Care last month, I have done what I always do in Parliament, which is to keep the profile of Cornwall high on their agenda. I am delighted that this has already paid off with today's announcement."