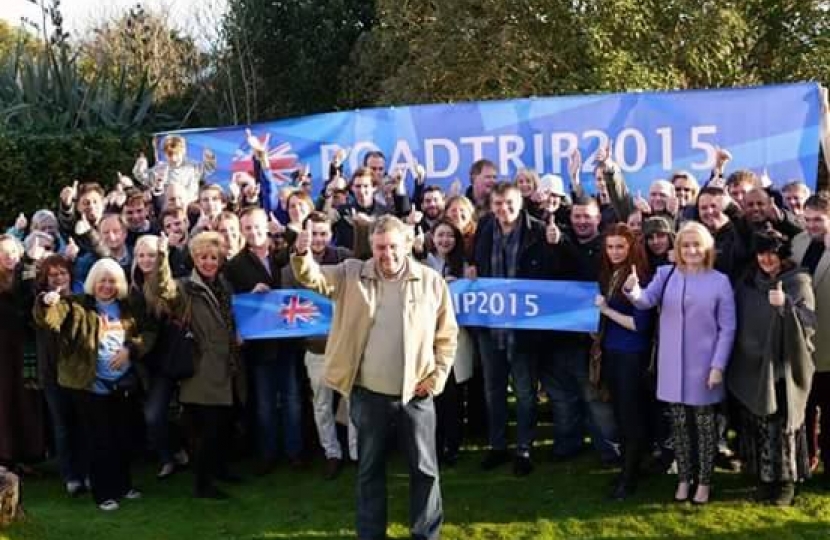 Steve Double, Conservative Parliamentary Candidate for St Austell and Newquay, was recently supported by members of the Conservative Party’s Team 2015 Roadtrip group for an action-packed day of campaigning.

‘Following on from the success of our recent Campaign Day in Newquay I was absolutely delighted to welcome dedicated Conservative activists from across the country to St Austell  when Roadtrip 2015 visited.  Along with my great local team and growing army of volunteers, we managed to get over 80 people out and about through the area, delivering literature and talking to local people about the issues that matter to them.

Campaigners came from throughout the country, some from as far away as Scotland, and we really turned the streets of St Austell and the surrounding villages blue with the help of so many people.

With the General Election now only 14 weeks away it is great to have so much local and national support, to spread my positive message to the people of St Austell and Newquay. I have been blown away by the positive reaction we are getting and want to thank everyone from near and far who came along and supported me.

If you want to join the army of local people who are actively backing my campaign to become the MP for this area on 7th May please get in touch’.