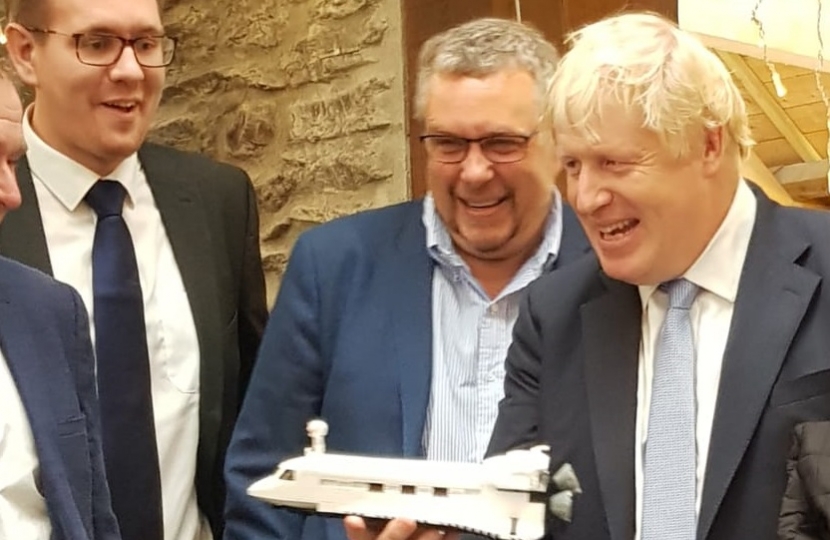 Steve Double, Conservative Parliamentary Candidate for St Austell and Newquay has welcomed the decision by Cornwall Council on Tuesday to provide £10.3million of funding to the Spaceport Cornwall project.

Updating the Prime Minister during his visit to Cornwall yesterday, Steve said:

“Tuesday’s decision by Cornwall Council to provide funding for Spaceport Cornwall was a courageous and ambitious one and exactly the right thing for the people of Cornwall.”

“I have long-championed Cornwall’s space ambitions and worked with the team at Spaceport Cornwall, Cornwall Council and Virgin Orbit to secure millions of pounds of funding from central government for this project.”

“I applaud Cornwall Councillors who made the right decision to invest in Cornwall at this week’s Full Council. This project will unlock economic growth and investment into Mid-Cornwall, as well as the priceless result of lifting the ambitions and inspirations of Cornish children.”

“It was good to update the Prime Minister on this decision during his visit to Cornwall yesterday. The PM is a big backer of Spaceport Cornwall, which often features prominently in his speeches, and he was very pleased with this outcome.”

“Should I be re-elected following the General Election on 12 December, I will continue to lead the charge on this incredibly opportunity and to help Cornwall boldly go where no Duchy has gone before!”