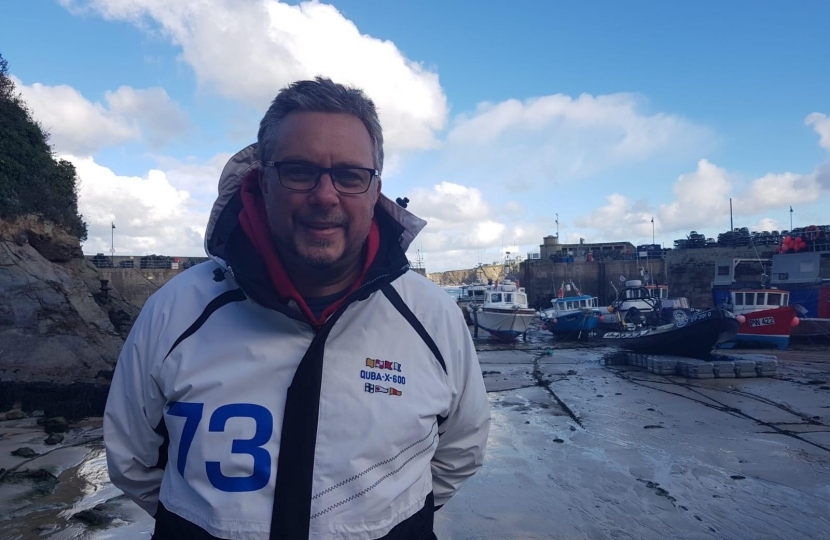 Steve Double, Conservative Parliamentary Candidate for St Austell and Newquay has welcomed the launch of the Conservative manifesto today by Prime Minister Boris Johnson, that sets out how he will get Brexit done and unleash Britain’s potential.

Speaking earlier today the Prime Minister unveiled new manifesto commitments, including 50,000 more nurses in the NHS, a long-term budget for the NHS guaranteed in law and more than £4 billion investment in local public transport.

“I welcome the Prime Minister’s launch of our Conservative Manifesto today ahead of next month’s General Election.”

“Since the election was called I have been busy out on the doors in Mid-Cornwall, and have fed back the main issues raised with me by constituents.”

“I am delighted to see that our Conservative Manifesto commits to addressing these issues. Only with a Conservative Government will we Get Brexit Done and then move on next year to harness our strong market economy to protect and improve the public services we rely on – our NHS, police, and schools.”

“If re-elected I will continue to do all I can to represent St Austell and Newquay and ensure your voice is heard in Westminster, and that we get our fair share of the national funding available.”

The Manifesto guarantees, if a Conservative majority government is returned, include:

With 635 candidates pledging to back the deal, only a majority Conservative government can get Brexit done so we can move on and focus on people’s priorities.

The Prime Minister has said that bringing back the Brexit bill is an ‘early Christmas present to the nation’ and that the Conservatives are ‘offering hope and optimism where the Labour party only offer deadlock and division.’

The full manifesto can be found via the link below: