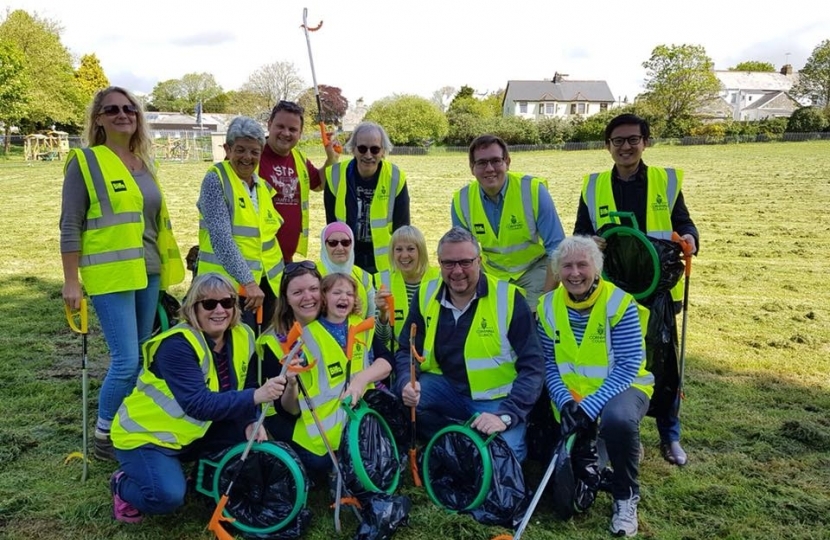 Steve Double, Member of Parliament for St Austell and Newquay, is teaming up with the St Austell Tidy Up Team to hold a litter pick as part of Keep Britain Tidy’s Great British Spring Clean.

The litter pick will take place on 21 March at 1400, starting at Polmarth Close and heading down into Linear Park.

Equipment will be provided courtesy of St Austell Tidy Up Team and Biffa.

“I am delighted to again be hosting a litter pick with St Austell Tidy Up Team as part of Keep Britain Tidy’s Great British Spring Clean.”

“As a member of the Keep Britain Tidy All Party Parliamentary Group, keeping our community tidy is part of my all year round ethos, and it is good to again bring people together from around the area to take part in this litter pick.”

“Together, we can make a massive difference. All our individual actions can help to transform our country for the better, creating cleaner streets, parks and beaches, protecting our wildlife and, ultimately, stopping the tide of plastic that is doing so much damage to our oceans and marine life.”

“Last year, more than 560,000 people took part nationally and I am sure we will again see a great turn out from local people on 21 March. If you would like to join me for this local litter pick do let me know and come along on the day.”

Steve Double MP: “Changes to Business Interruption Loan Scheme will make it easier for businesses to get help”

Steve Double, Member of Parliament for St Austell and Newquay, has welcomed changes to the Business Interruption Loan scheme announced by the Chancellor in order to make it easier for businesses to access support during the COVID-19 pandemic.