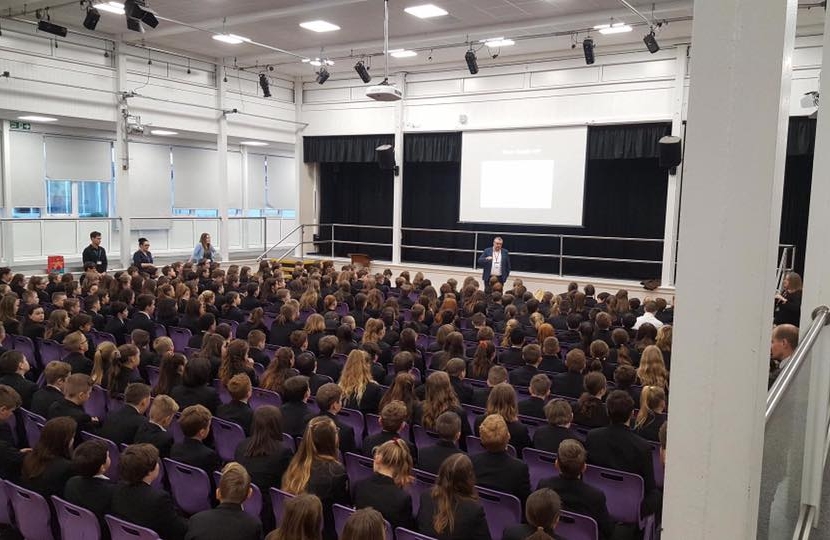 Steve Double, Member of Parliament for St Austell and Newquay, has welcomed the announcement from Secretary of State for Education Gavin Williamson that starting pay for new teachers in England will go up to £26,000 later this year - an increase of almost seven per cent.

Education Secretary Gavin Williamson has outlined plans to increase entry-level salaries by up to 6.7% from September 2020, with experienced teachers, heads and school leaders also seeing an above inflation pay increase of 2.5 per cent to their pay under the changes.

“I regularly meet with teachers at all stages of their careers in Mid-Cornwall and am delighted at this news, which is a big step forward to meet the Government's pledge to increase teachers' starting salaries to £30,000 by September 2022. As the biggest pay increase for teachers since 2005, it will undoubtedly attract more people to this vital profession.”

"We want to make teaching attractive to the most talented graduates by recognising the prestige that we as a society place on the profession.”

"We have set out proposals to significantly raise starting salaries for new teachers to £26,000 next year, rising to £30,000 by September 2022, alongside above-inflation pay increases for senior teachers and school leaders. These mark the biggest reform to teacher pay in a generation.”

The proposals have now been forward to the School Teachers' Review Body for their review later in the year.