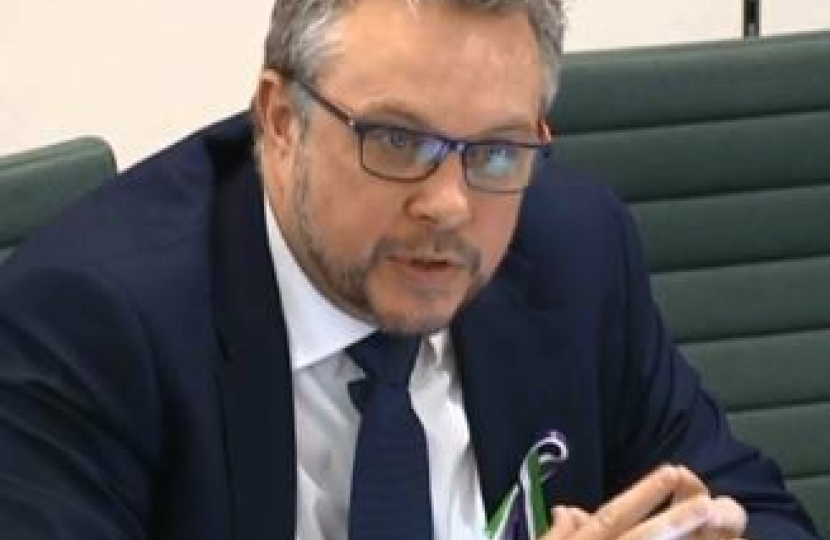 Steve Double MP has joined forces with Devon and Cornwall’s Police and Crime Commissioner to demand the next Prime Minister commits to giving police officers a guarantee in law they will be looked after both in and out of the job.

“I am pleased to join colleagues in wanting to see a Police Covenant introduced, which would recognise the risks officers take to protect the public and provide a guarantee they will be looked after both in and out of the job, in the same way as Armed Forces personnel.”

“Along with our PCC Alison Hernandez, I have added my name to an open letter to both Boris Johnson and Jeremy Hunt urging action to protect mental health of serving and retired officers, equip officers with the right resources and necessary powers to do the job and the legal protection for the tough decisions they have to make to keep us safe and acknowledge police officers and staff for their valued contribution.”

The letter written by Tatton MP Esther McVey has secured the support of all 19 Conservative Police and Crime Commissioners up and down the country, the Police Superintendents’ Association and the National Police Federation of England and Wales.

“We are surrounded by striking evidence about the personal impact the challenges of policing can have on individuals. We hear this on a daily basis from our membership and it is clear in the personal accounts shared in the Front Line Review.  It can also be seen in national statistics showing the prevalence of PTSD and mental health issues amongst our staff.

“Consequently, there has never been a more important time to re-invest in our people; and a police covenant, designed to support those people who have personally suffered following their time in Service, would show true value to policing from Government and Society.”

It means as the race to secure the keys to No10 enter its final week both candidates are facing widespread pressure to put law and order at the top of their agenda.

“I am passionate about policing and want the Conservative Party to regain its place as the party of law and order. Officers are willing to put their lives on the line each day to protect the public and their hard work should be recognised. The Covenant would offer guarantees they will get the support they need throughout their career and after, including support for any physical or mental injuries suffered as part of their job.

“I’ve been calling for a Police Covenant for weeks which would sit alongside the one the Conservative Party brought in for the Armed Forces. It would go some way to showing how grateful we are to the police for what they do for us and continued to do for us with less money and resources. We had to make cuts to budgets in 2010 to rebalance the economy and sort the economic mess left by Labour and our police continued to do more with less. We now owe it to them to show we are on their side.”