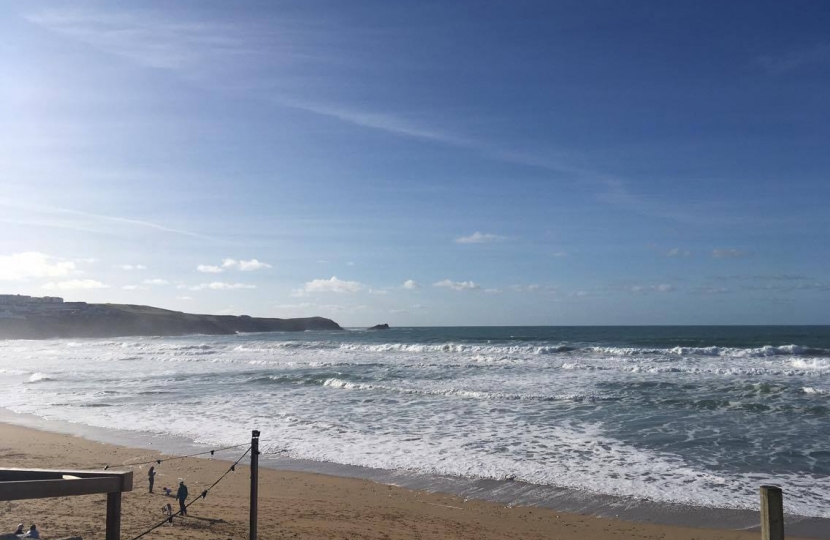 Steve Double, Member of Parliament for St Austell and Newquay has questioned Secretary of State for the Environment Michael Gove on what can be done to tackle South West Water’s response time on this week’s sewage leak at Fistral Beach in Newquay.

Speaking in the debate Steve asked

“Since Tuesday morning a burst pipe has been spewing raw sewage into the sea near the UK’s premier’s surf beach Fistral in Newquay. Despite taking some initial action, South West Water are now saying it will take several days to resolve.”

“Does the Secretary of State share my concern that this is going on for so long, and what action can we take to hold water companies to account to prevent things like this happening?”

In response the Secretary of State said that the Minister responsible for marine environments, Therse Coffey, will be personally intervening today with South West Water to see what can be done to resolve this.

“I was concerned to hear of the ongoing sewage leak near Fistral and that South West Water are taking so long in dealing with it. I have been in daily contact with SWW since the leak and am frustrated that it is still ongoing today.

“As Chair of the Ocean Conservation All Party Parliamentary Group it is clear that we should be doing more to hold water companies to account to prevent and quickly deal with spillages like this in the future.”

“I am glad that the Secretary of State shares my concerns and that the Minister responsible for the marine environment will be intervening with South West Water to help resolve the immediate issue.”