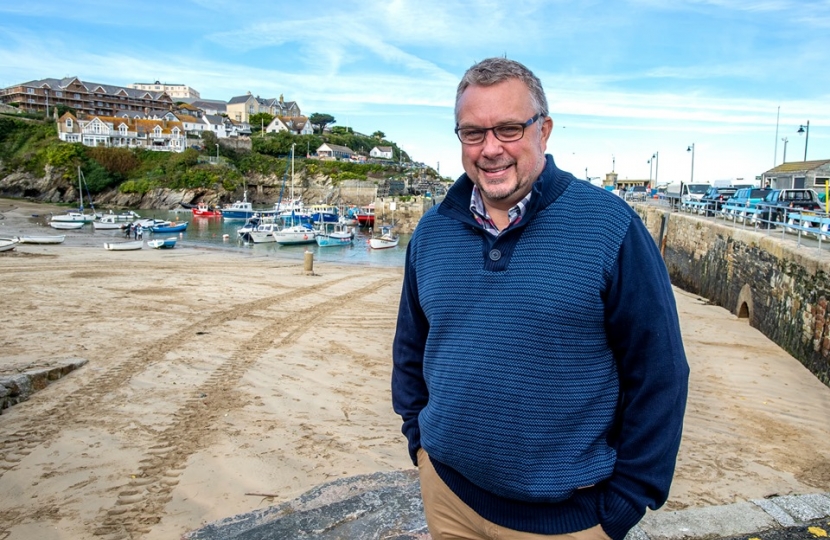 Steve Double, Member of Parliament for St Austell and Newquay has welcomed the news that the Government is set to bring in a new code of practice for private car park operators, to bring greater regulation, making it easier for drivers to challenge unfair parking tickets and supporting our local businesses.

“I have long campaigned for greater regulation in this sector and have spoken at length in Parliament about it in the past.”

“I am pleased that these changes will bring in a raft of new regulations to protect private car park users from the small minority of unscrupulous operators who give their industry a bad name.”

“I look forward to the detail of these proposals coming forward and working with the Government to implement them in the future.”

“For too long rogue parking firms have operated in an unregulated industry, handing out unjust fines, putting drivers through baffling appeals processes and issuing tickets to motorists who were only seconds late back to their cars.”

“That’s why we’ve appointed the British Standards Institution to work with consumer groups and industry to write the first ever compulsory Code of Practice for private parking firms.”

“The new Code will restore common sense to the way parking fines are handed out, encourage people back onto our high-streets and crack down on dodgy operators who use aggressive tactics to harass drivers.”

The proposals include Private parking firms being required to give drivers a 10-minute grace period after their tickets expire.

A new Code of Practice to be developed by the British Standards Institution to bring greater regulation to the British private parking industry, making it easier for drivers to challenge unfair parking tickets and supporting our local shops.

The British Standards Institution will write the Code in consultation with consumer and industry groups. It will launch a full public consultation on the Code where all members of the public will be able to have their say on the new rules.