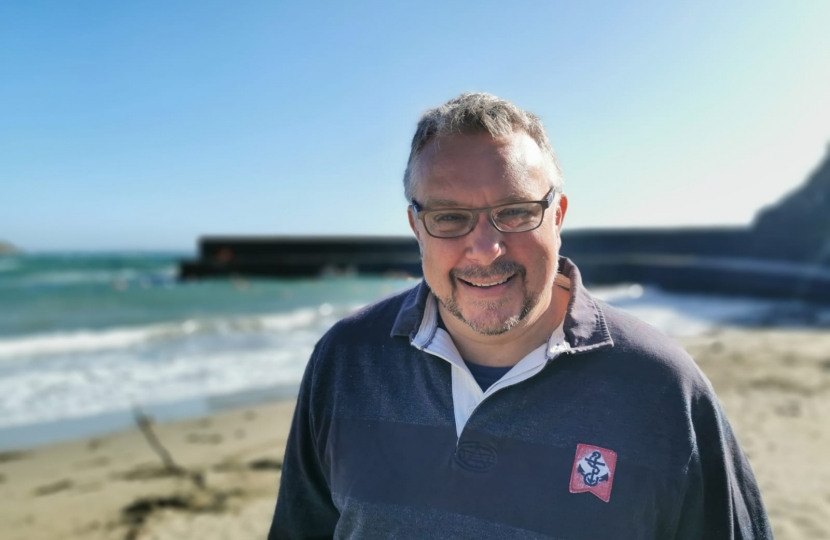 St Austell and Newquay’s Member of Parliament Steve Double has been re-elected as Chair of the influential Ocean Conservation All Party Parliamentary Group for the 7th year in a row.

All Party Parliamentary Groups (APPG’s) are groups of MPs who work across political parties in Parliament to support particular causes. The Ocean Conservation (formerly Protect Our Waves) APPG works with stakeholders including environmental charities, NGOs, health experts, businesses and community leaders to evidence and discuss the need for policy and legislative change to better protect our marine environment.

“I am delighted to have been endorsed by colleagues from across Parliament and re-elected as chair of the Ocean Conservation APPG for the 7th year in a row, and must also pay tribute to Cornish charity Surfers Against Sewage for their continued work in supporting our group.”

“Under my chairmanship the Ocean Conservation Group has been a strong campaigning force for positive change.”

“Just today a Bill we supported and successfully campaigned for the Government to adopt the Sewage (Inland Waters) Bill, has been taken up by the Government.

“As well as this we have spearheaded the Plastic Free movement, which has led to national change with the banning of single use straws and cotton buds.”

“There is still much more to do though, and I look forward to working with my colleagues over the coming year and continuing to make the case for local and national change as we seek to protect our beautiful marine environments now and for future generations.”