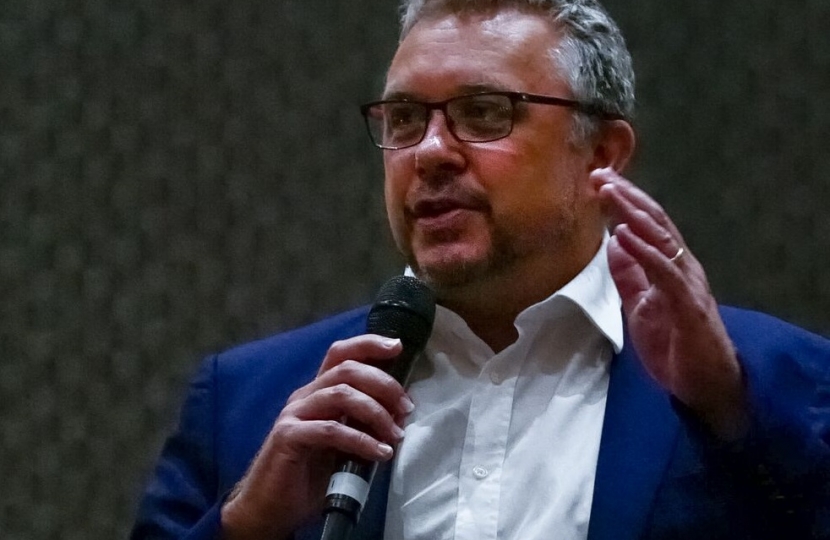 This comes following a press release sent out by Cornwall Council which criticised the amount of funding provided by the Government despite Cornwall Council having the discretion to run the scheme as they saw fit.

The same press release was then re-formatted and sent to thousands of businesses who applied in lieu of a decision notice, again blaming the government rather than how Cornwall Council has administered its scheme.

“This is simply pathetic.”

“Cornwall Council constantly say they want more devolved powers from central government but as we have seen here, when we give them even the slightest bit of discretion, they seem unable to make decisions for themselves, choosing to blame the government instead.”

“MPs in Cornwall worked hard to secure more than £13million from the Government for a discretionary grants fund for the Council to tailor for Cornwall. The government issued guidance but was very clear that council should use their discretion to apply the funds to meet the particular needs of businesses in their area. What Cornwall Council has done is hide behind the guidance set out by the government both in terms of the businesses eligible for a grant but also crucially the amount of grant awarded.”

“This has led to many, many businesses across Cornwall in the tourism, leisure and hospitality sector completely missing out.”

“Cornwall Council has received £444million from the Government during this crisis – more than virtually any other Council in the country. This is on top of the tens of thousands of people across Cornwall who have been paid by the government through the furlough or self-employed schemes. As well as the huge further measures announced by the Chancellor this week to further support the tourism and hospitality sector.”

“Yet all we hear from the Council is that they want more.”

“We knew that the available funds would be limited and that is why I and other MPs urged them to make sure the funds were available to those businesses most impacted by the lockdown and also to make smaller grants available so that we could help many more businesses. I know several businesses that contacted me said a grant of £5,000 would have been a huge help at this time. But the Council refused to listen and instead have decided to play politics and blame the government.”

“And for Cornwall Council to notify all unsuccessful businesses in this manner, announced by what is effectively a press release, is a disappointing way of doing business.”

“They need to stop playing politics with people’s livelihoods in this way.”

“I am sorry for the hundreds of businesses in St Austell and Newquay, many of which have already been in touch with me, who feel very let down by the Council over the way this has been handled.”

As one distraught business owner said to me:

“It took them 8 weeks of constant delays and misinformation to tell me this.”

“This is very disappointing and indicative of the council’s attitude to businesses and tourism in general.”

“The grant is called Discretionary but they haven’t used any discretion whatsoever.”