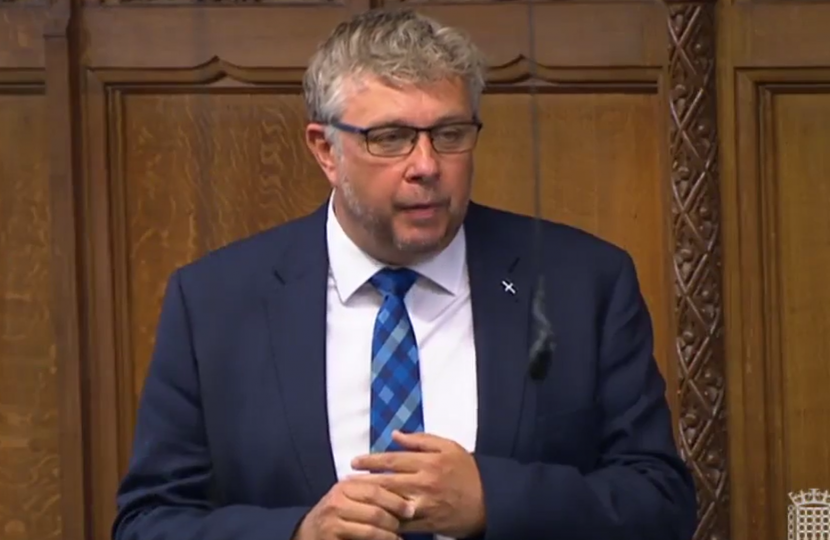 Yesterday was a sombre and serious day as Parliament was recalled to debate the current and unfolding situation in Afghanistan.

Although I was present in the chamber for almost all of the debate, I was disappointed not be to be called to speak in the debate. I was one of more than 80 MPs who had indicated they wished to contribute to the debate but were not able to do so simply because we ran out of time.

Below is a statement which reflects my views, as well as concerns constituents have raised with me and is a flavour of what I would have said had I had the opportunity to speak.

There is no doubt that the situation we see unfolding in Afghanistan is deeply concerning and we cannot fail to be moved by the pictures we have witnessed of people seeking to flee the Taliban. There is no doubt that no one wanted to be in this position and there are clearly serious questions that need to be asked and answered as to how this has happened. The only word to use to describe what has happened is a failure.

There has clearly been a failure of intelligence as to the capacity and capability of the Afghan forces to resist the Taliban and the impact that the withdrawal of western troops would have. These issues will need to be addressed in the coming months to ensure lessons are learnt.

But it is also clear that once the USA decided to withdraw the UK was left with few options. There was not a queue of other countries ready to step up to fill the void the US left and there is no question that the UK could not continue alone.

I am sure there will be plenty of debate in the coming months and years about the rights and wrongs and what more could have been done. But we now have to deal with the situation before us right now.

I am pleased that the UK have stepped up and responded quickly once the seriousness of the situation became known.

There have been plenty of voices which have been quick to say that the UK should be doing more, but the one thing that marks them is very little detail as to what more we should and could be doing beyond what we already are.

The priority has to be to evacuate all UK citizens safely, followed closely by those who have worked to support our operations who may now be in danger from the Taliban. It is right that we stand by all those who have stood by us and the Afghanistan Relocations and Assistance Policy (ARAP).

Beyond that we also need to offer safe refuge to Afghans who will now be in real danger from the Taliban and I welcome the Prime Minister’s announcement of a settlement scheme of up to 20,000 over the coming years and 5,000 this year. This is in addition to those we bring through the ARAP scheme which has already seen more that 2,000 people brought to the UK since April of this year.

It is important that this is now put in place urgently. There will of course always be those who say we should be taking more, no matter what figure the government announced it will never be enough for some. I am pleased that the government has said it will keep this under review, but at this stage it should not primarily be about numbers. We simply need to focus of getting as many people as we can out of the grip of the Taliban as quickly as possible.

But we also have to balance this with the need to provide housing and support once they arrive in the UK. It is not simply about getting them here, we then have a duty to care for them, house them and assist them in settling and integrating into life in the UK.

The burden of this will of course fall on local councils and it is good to see many step forward to offer support.

But I must also reflect the very real concern that have been expressed to be by many of my constituents about the situation we currently face in Cornwall. We are in the midst of the worst housing crisis in our history and while now is not the time or place to go into the detail of this, we do currently have more than 1,000 people in Cornwall in emergency housing and 20,000 on the housing register.

It is vital that any resettlement scheme carries the support of local people. Cornwall has a proud history of being an open and welcoming place and has embraced people from all over the world through our history. But we do need to ensure that any resettlement of refugees does not place more pressure on an already unsustainable situation. We must make sure that local councils have the resources they need to provide the services and support refugees will need without taking resources away from services for local people.

Another concern constituents have raised with me has been that we must ensure our national security at this time. It is right that we make an open and generous offer of resettlement to Afghanis in danger. But in doing so we do need to ensure that we do not then allow those who would seek to do us harm into our country. So I do believe it is vital the government provide reassurance to the British people that a robust process will be in place to check all those coming are not terrorists seeking to enter our country under the guise of being a refugee.

There is no doubt that those who will feel the impact of the events of the past weeks most sharply will be our veterans who served our nation in that theatre.

The 150,000 who served there and especially those who still bare the physical and mental scars of their service and the families of the 457 who made the ultimate sacrifice.

We need to ensure they know that their efforts were not in vain. Much was achieved during the 20 years of this conflict and although it is clear not all of the gains made will be lasting, there is much that they can and should be proud of.

The world has been a safer place for the past 20 years thanks to their service. And millions of Afghanis have experienced relative peace as well as many women experiencing freedom and girls being educated. Much of this will leave a lasting legacy for generations to come.

So it is right that we express our gratitude and pay tribute to all those who served in Afghanistan. But just as importantly we need to ensure the support they will need at this difficult time is available to them.

Finally, there is no doubt that the events of recent weeks have marked a significant shift in global security and politics. The world does feel like a different place now.

Sadly, the USA appears to be stepping back from its active defence of the values it has stood for, for so long. Both the previous and current administrations are doing the global reputation of the US no credit.

If this is to be the way of things to come then I believe we do need to review our own global role. We cannot ever again be so totally reliant on the US that our own roll is determined so completely by decisions they make.

The UK is already providing real leadership in this situation, and we can only hope other countries now step up and follow our lead and share the load.

This is an opportunity for us to strengthen our roll in NATO, our links with other countries in the Commonwealth and our European neighbours.

We cannot turn the clock back. We have to deal with the reality of the situation we face. But we must not abandon the people of Afghanistan. If the US will not play an active role we need to find new partners to work with to ensure everything possible is done to provide the support that the people of that country will need. If Global Britain means anything it has to be demonstrated at this time.

Cornwall’s six Members of Parliament are backing Cornwall’s bid to be the UK’s City of Culture 2025.

Cornwall is among 20 bids from across the UK vying to win the prestigious four-yearly title and be at the centre of the UK’s cultural spotlight in 2025.