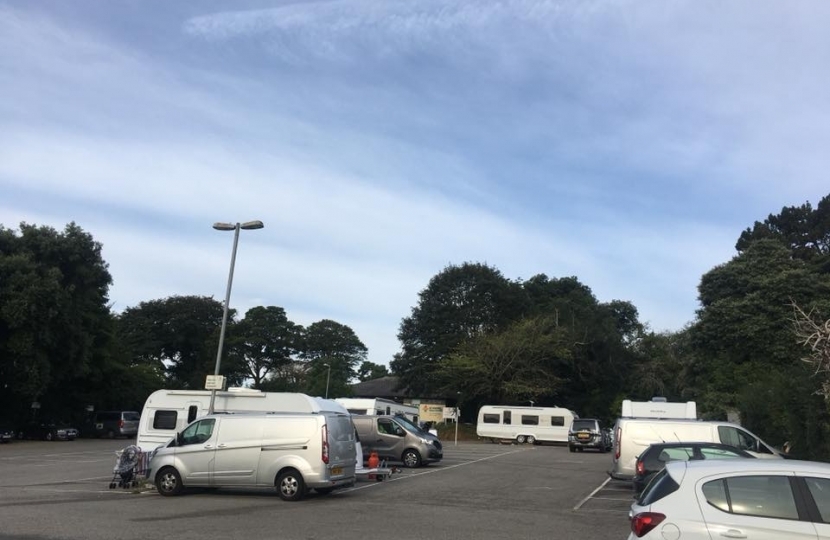 Steve Double, Member of Parliament for St Austell and Newquay, has welcomed the news that the government is launching a consultation on proposals to give police new powers to arrest and seize the property and vehicles of trespassers who set up unauthorised caravan sites.

“Unauthorised encampments are a regular occurrence in Mid-Cornwall every summer. The process in place for Cornwall Council and the police to deal with them is in my mind not fit for purpose. It takes too long to remove illegal encampments and in the meantime the police’s hands are tied from taking action. This causes no end of trouble for local land owners as well as costing the Cornish taxpayer thousands of pounds.”

“Currently this trespassing is defined in law as a civil matter, so I am pleased the Home Office is consulting on making it a criminal offence.”

“This announcement is a good step in the right direction, and follows a Home Office review which I contributed to, into how trespassing while setting up an unauthorised encampment could be made a criminal offence in England and Wales, learning lessons from other countries like the Republic of Ireland.”

“I look forward to these plans progressing and being brought into law in the future. I believe that positive action of this issue would be warmly welcomed by many in mid-Cornwall.”

“Unauthorised encampments can cause misery to those who live nearby, with reports of damage to property, noise, abuse and littering.”

“The public want their communities protected and for the police to crack down on trespassers.”

“Our proposals aim to ensure these encampments can be challenged and removed as quickly as possible.”