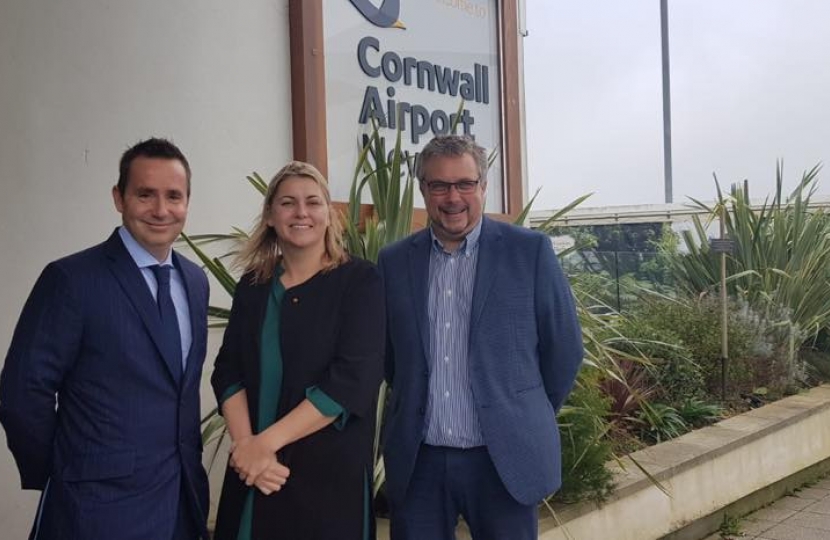 “I was delighted to welcome the Aviation Minister to Cornwall Airport Newquay on Friday to show her first-hand the potential Cornwall’s airport has to be the first commercial horizontal launch spaceport for the UK.”

“I have continued to lobby the Government at every level to show that Newquay is the best location for the horizontal launch spaceport and I am pleased to have got the Minister here to make the case along with the team at Spaceport Cornwall.”

“With the airport just celebrating its busiest year so far, with 460,000 passengers using it, I was also pleased to get the Minister’s reiteration of Government support for the Newquay-Gatwick route.”

"There's the satellite launch side of things but there is also the potential of commercial space travel in the future and we would need that to be based in an airport.

"I think Newquay Airport would be brilliantly positioned for that. I know there are conversations going on about that too - so watch this space.”