Steve Double welcomes the signing of contracts for Spaceport Cornwall 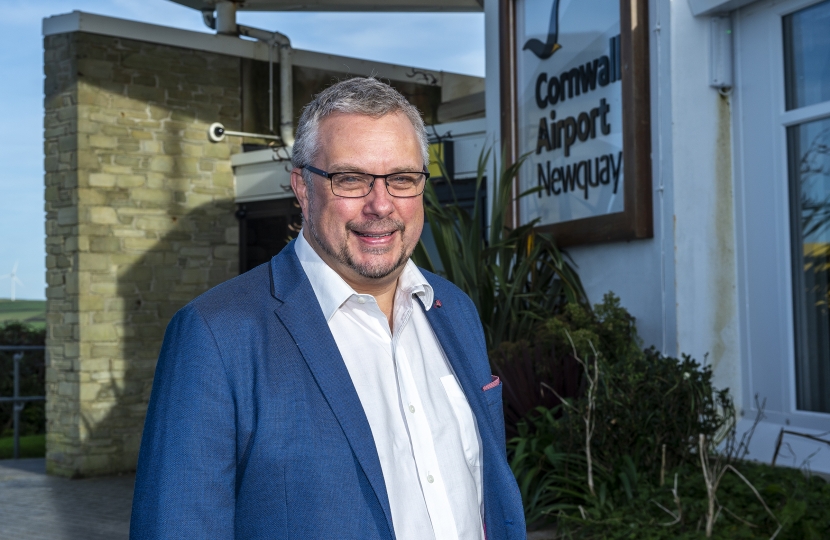 In addition to funds and support provided by Virgin Orbit, the UKSA grant comes as part of a broader £20 million funding package for Cornwall Airport Newquay infrastructure announced by Science Minister Chris Skidmore in June.

The funds will be used to develop launch operations support systems in the UK, as well as to conduct mission planning and to put in place the facility for satellite launches from Cornwall. The first spaceflight is expected to take place in 2021. These launches will be conducted using Virgin Orbit’s innovative air launch system, LauncherOne, and are expected to be the first orbital launches ever conducted from the UK, as well as the first horizontal launches ever conducted in Europe.

“This agreement is a significant milestone towards Spaceport Cornwall becoming a reality. When I began championing the potential of a spaceport in Cornwall to launch satellites, this seemed like it was light years away.  It has been a long journey but it now very much feels in touching distance.”

“I know how much work has gone into reaching this agreement from Virgin Orbit, Cornwall Council and the Spaceport Cornwall team. This really is a case of team Cornwall working together to deliver this project that has the potential to bring significant economic growth and investment in a new sector of our economy and create new well-paid jobs.”

“This is an exciting opportunity and I will continue to do all I can to make it a reality.”