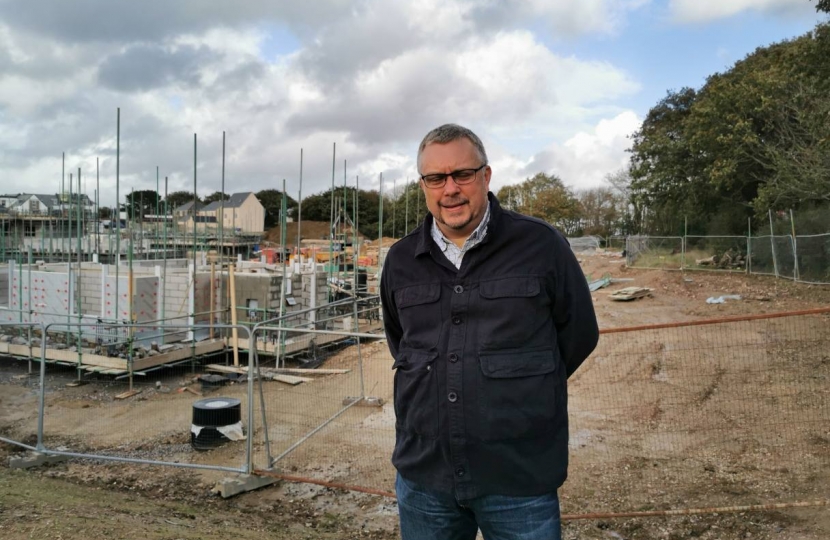 Following the conclusion of its consultation on the Planning for the Future White Paper on planning system reforms, the Government has today confirmed that it has listened to feedback from Cornwall’s MPs and revised down the housing figures for future house building in Cornwall to current levels.

Cornwall’s current policies require the delivery of 2,625 dwellings every year. In contrast, proposals in the White Paper using a new method for calculating Cornwall’s housing requirement would have meant targets of over 4,000 homes a year.

Welcoming the news was St Austell and Newquay MP Steve Double, who said:

“While I believe that there are elements of the White Paper Planning for the Future that do assist in both the protection of certain areas from development and input from local communities in areas for development, I did have concerns about the numbers proposed in the consultation for Cornwall and met with the Secretary of State to raise these concerns.”

“I believe that an increase in housing numbers to the amount proposed in a short period of time would not have been deliverable in Cornwall without giving unsuitable sites over for uncontrolled growth.”

“I am pleased that the Secretary of State has listened to myself and Cornwall MP colleagues and allowed the housing numbers to remain at the current level.”

“We will now continue to work to the housing need figures established in 2017.”