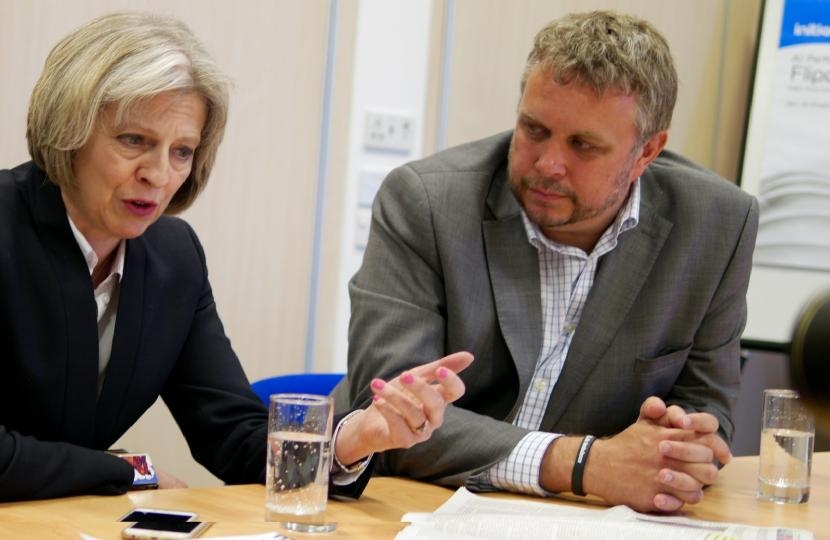 Make no mistake about it, this General Election is all about the continued Brexit process and who we as a country want to be leading these crucial negotiations.

The Prime Minister has now triggered Article 50, the formal mechanism by which we are leaving the European Union. There is no going back. We now head into the negotiations that will determine the terms of Brexit and our future relationship with the EU. As in any negotiation we need our leaders to be in the strongest possible position and have confidence that the nation and Parliament are behind them.

There is a very simple choice before us. We will either have Theresa May or Jeremy Corbyn as Prime Minister. Theresa May has shown herself over the past 9 months to be the competent strong leader our country needs at this time. The alternative is the coalition of chaos led by Jeremy Corbyn, who doesn’t even have the support of his own Parliamentary Party.

Over the past year we have seen the opponents of Brexit and the democratic decision that was made following the vote on our membership of the EU last year, repeatedly try to delay or water down the Brexit process. As the Prime Minister has said:

“In recent weeks Labour have threatened to vote against the final agreement we reach with the European Union, the Liberal Democrats have said they want to grind the business of government to a standstill, the SNP say they will vote against the legislation that formally repeals Britain's membership of the European Union and unelected members of the House of Lords have vowed to fight us every step of the way.”

At a time when our country requires clear leadership and certainty about the future, those that are seeking to disrupt this process are not acting in the interest of our country. The Prime Minister has now called them out on this and the country will get to make a decision on who you think is best placed to lead this process.

I will happily admit that this election is a surprise. Being your MP and representing you in Parliament this past two years has been the greatest honour of my life. I will be seeking re-election once again at this election. I believe I have shown in the past 23 months that I am the hard working strong voice our constituency needs.

I will be out and about in the coming weeks, knocking on doors and meeting as many people as possible. I look forward to seeing many of you, to listen to your views, so that I can understand what you would want from me as your MP, should I be re-elected.