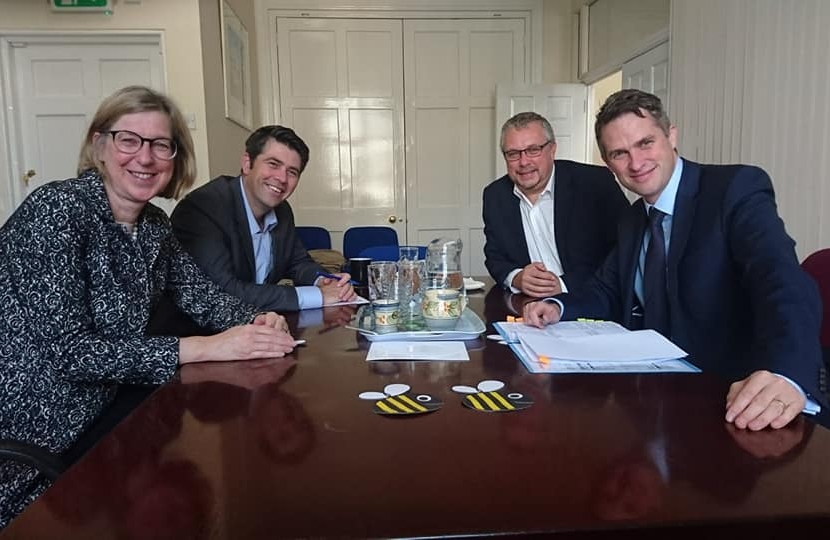 Steve Double, Member of Parliament for St Austell and Newquay has welcomed today’s news that more children across Cornwall will be able to access a world-class education thanks to a major funding boost.

Subsequently the Government has today confirmed schools in Cornwall will receive 4.48% more funding per pupil next year as part of the recent multi-billion investment in primary and secondary education.

This funding follows the Prime Minister’s announcement in August that the budget for schools and high needs would be increased by a total of over £14 billion over three years, rising to £52.2 billion by 2022-23.

The extra money, available from April, will ensure that per-pupil funding for all schools can rise at least in line with inflation and will deliver promised gains in full for areas which have been historically under-funded

“Today’s announcement is great news and follows years of campaigning by myself and my Cornish colleagues. I am delighted that the Prime Minister, so early in his tenure, has made education a priority and more-so that he has already set about addressing historical underfunding issues that have affected schools in authorities such as Cornwall.”

“It’s particularly good to see some of the largest boosts going to schools that have been most under-funded in the past, with some schools in Mid-Cornwall seeing boosts far above the 4.48% with St Wenn receiving a 22.47% increase, and Grampound-with-Creed 18.4%.”

“The South West region as a whole is one of the top beneficiaries from today’s announcement, and it is great to see the funding available to Cornish pupils and schools like these,  levelling up to put us towards a level footing with other areas across the UK.”