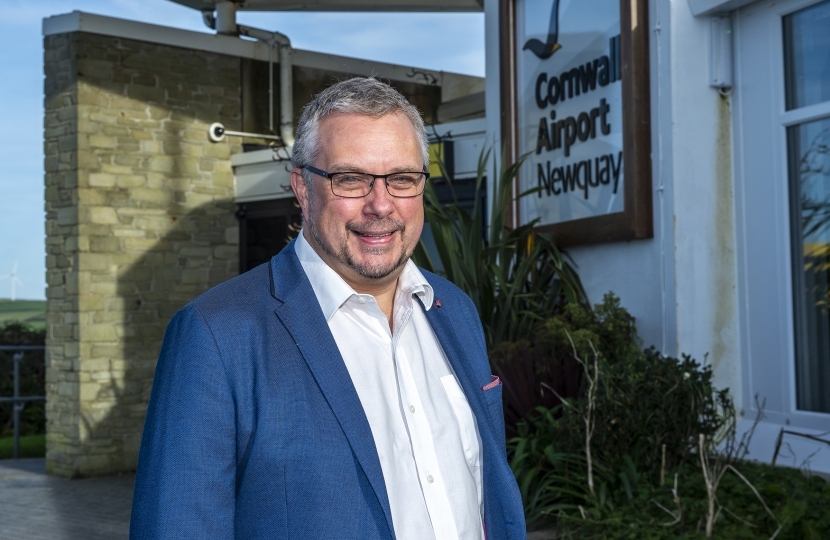 The Government has announced a package of measures to support the Flybe airline, which operates the majority of flights to and from Cornwall Airport Newquay.

This follows action from local MP Steve Double, who met with Ministerial colleagues and raised the issue in Parliament this week, after news came out that the airline was in financial difficulties.

“I am delighted that the Government has provided support for Flybe to enable the airline to continue operating.’

“As co-Chair of the Regional Airports All Party Parliamentary Group I am very aware of how crucial Flybe, as the UK’s biggest domestic carrier, is to the future vital regional airports like Cornwall Airport Newquay. I am pleased this has been recognised and swift action taken by the government.”

“The Public Service Obligation route linking Cornwall to London is secure as the Aviation Minister stated in response to my question in Parliament yesterday. The question about whether this route goes to Heathrow or Gatwick is still being discussed and I am working to keep it at Heathrow.”

“We also need to look at why airlines such as Flybe are struggling. The UK has the highest Air Passenger Duty in Europe and one of the highest in the world.”

“The aviation industry is taking action to reduce emissions and they need our support, not to be taxed out of business. If they cannot invest in new cleaner aircraft they will continue to use the older more polluting ones.”

“We need to work with the industry towards net zero in 2050 not crash the economy in the process.”