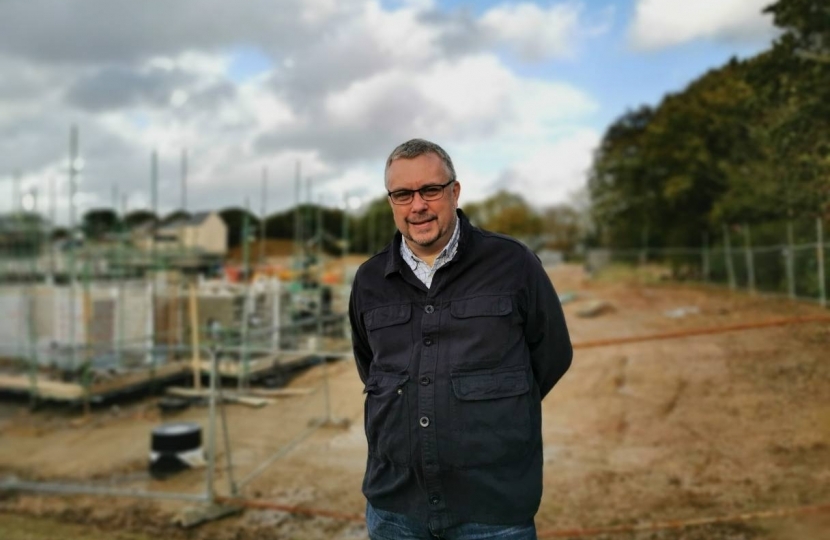 St Austell and Newquay’s Member of Parliament Steve Double has welcomed today’s decision by Cornwall Council to scrap a fee brought in earlier this year by the previous Lib Dem/Independent administration, that saw purchasers of affordable homes slapped with a £150 fee.

Cornwall Council today confirmed they would be ending the fee, ahead of a meeting of Full Council later this month that would have seen the future of the charge brought into question.

“It was frankly an appalling decision by the last administration that ran Cornwall Council to bring this fee in at the height of the pandemic, where people who already are stretched with their finances absolutely should not have been stretched further by any more unnecessary costs.”

“I was pleased to highlight this issue with the new council leadership team after a resident brought it to my attention, following the local elections in May, as well as to local councillors in St Austell and Newquay, and is good that they have seen that dropping the fee is a sensible move to make and have taken action quickly.”

“I hope that this will be a small step to making it easier for people in Cornwall to buy an affordable home, and I will continue to work with the new administration at Cornwall Council as well as colleagues in Westminster to ensure housing becomes more affordable for local people.”