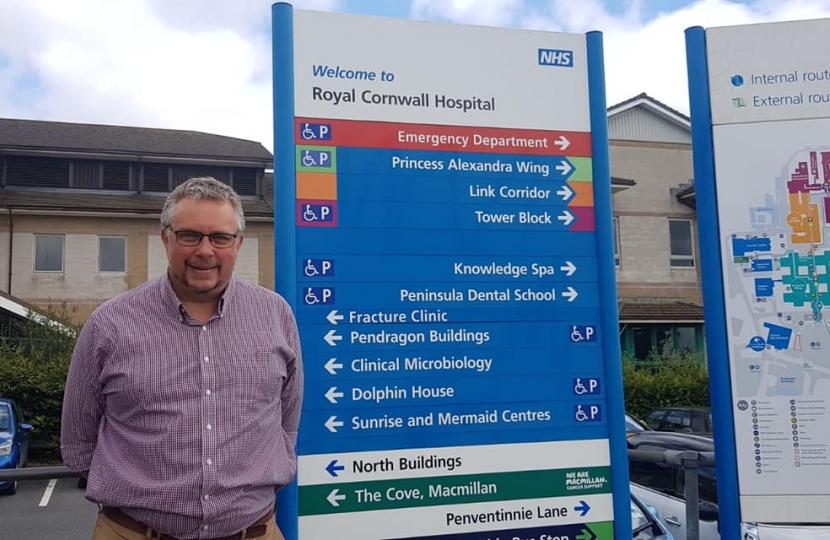 “These are difficult times and the COVID-19 pandemic, which no-one anticipated, has led to unprecedented pressure on our NHS and social care system.”

“While we all hope that we have now seen the worst of the pandemic, the after-effects, which include a huge backlog of operations that have unavoidably had to be put off because of the crisis, are a real concern that will only become more prominent the longer they are left.”

“The Government has provided billions in support for the NHS during the pandemic, but this needs to be paid for. At the same time the issue of social care has long been one that has been kicked into the long grass by successive governments of all political parties. It is right that our Prime Minister has taken the bull by the horns and is taking long overdue steps to address this issue which will only become more prominent, with an ageing population, the longer it is left.”

“In terms of using an increase in National Insurance Contributions to pay for the funding uplift, a Levy based on NICs is the best way to raise the funds needed to support the NHS and social care Only a broad-based tax base like Income Tax, VAT or National Insurance Contributions can raise the sums needed for such a significant investment. This revenue will be legally and operationally ringfenced for health and social care, and there is already a proportion of NICs that is ring-fenced for this purpose, and has been since the NHS was formed in 1948.”

“Of course those who earn more will also contribute more. Additional rate taxpayers make up just 2 per cent of individuals affected, but will contribute nearly 20 per cent of the revenue raised from people. The highest earning 14 per cent will pay around half the revenues. On the other side, 6.2 million people earning less than £9,568 will not pay the Levy at all.  The challenges we face will affect almost every family in the country and it is right that the cost of paying for these services is spread with those with the broadest financial shoulders contributing the most.”

“The changes we are making will also mean that no one will have to pay more than £86,000 in their lifetime for social care, and only those with assets over £100,000 will have to pay the full cost of their care.”

“The government will also come forward in the coming months with proposals to reform social care, better integrate health and care services and enable more people to receive the care they need in their own home.”

“This is not an easy decision to make. Governments have to make tough decisions that are not always popular. I recognise both the unprecedented circumstances and the long- term issues that have led to this decision and will be supporting the Government in voting for them.”

“The outcome will be an NHS that has the resources it needs throughout this Parliament, including tackling the backlog of operations and funding the 3% payrise for nurses. It will also allow the Government to invest the largest amount of any government to upskill the social care workforce, strengthen the adult social care system and finally implement a solution to cap adult social care costs.”

Steve Double MP has marked ‘Boost Day’ – the one year anniversary of the UK becoming the first country in the world to approve Pfizer’s Covid vaccine – by urging people in St Austell and Newquay to get their booster jab when they are called forward.