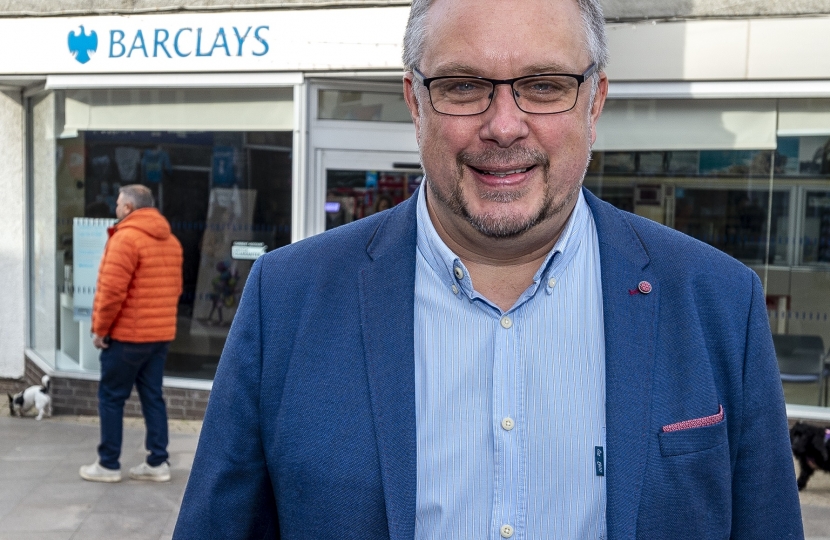 Steve Double, Member of Parliament for St Austell and Newquay, has welcomed confirmation from Barclays Bank that they have changed their stance which would have prevented their customers withdrawing cash from the Post Office.

Steve had been contacted by many constituents who expressed concerns of the withdrawal of the service earlier this month.

Steve subsequently wrote to Barclays about it, expressing severe reservations about the harm this could have on customers who would lose the ability to withdraw cash and asked them to reconsider.

Barclays followed up their announcement on their change of plan week with a written reply today to Steve, confirming the change.

In their reply, Barclays say:

‘…Barclays [has] announced that it will commit to full participation in the Post Office Banking Framework from the renewal date in early 2020. This includes maintaining the cash withdrawal facility using debit cards, meaning there will be no change for Barclays customers using the Post Office for banking services across your constituency…’

‘Our initial decision provoked a great deal of public and private debate and we have listened carefully to the points made to us, including by MPs. As a result we have been persuaded to rethink our decision by the argument that our full participation in the Post Office Banking Framework is crucial at this point to the viability of the Post Office network.’

‘Whilst we have concerns regarding the sustainability of relying on this model in the longer term, and will be looking to work with Government and others to address the problems inherent in it, we recognise that the Post Office is a network valued by many communities in the UK today. And, as such, we have amended our position.’

‘We are communicating with customers who we know use the Post Office for banking services about this change in decision, including vulnerable customers who we have been working with over the last few weeks to ensure they felt supported in continued access to cash.’

“I am delighted to see that Barclays has seen sense following pressure from individual MPs and the Government and scrapped their plans to stop customers withdrawing cash from Post Office branches.”

"As I said to them previously, I was concerned this would have a negative impact on all the Barclays customers who have been reliant on their local Post Office to make cash withdrawals since many Barclays branches have closed in their communities."

“I am pleased they have now backed down and will continue to work with all concerned to ensure Post Offices are allowed to remain as the vital community hubs that many see them as.”