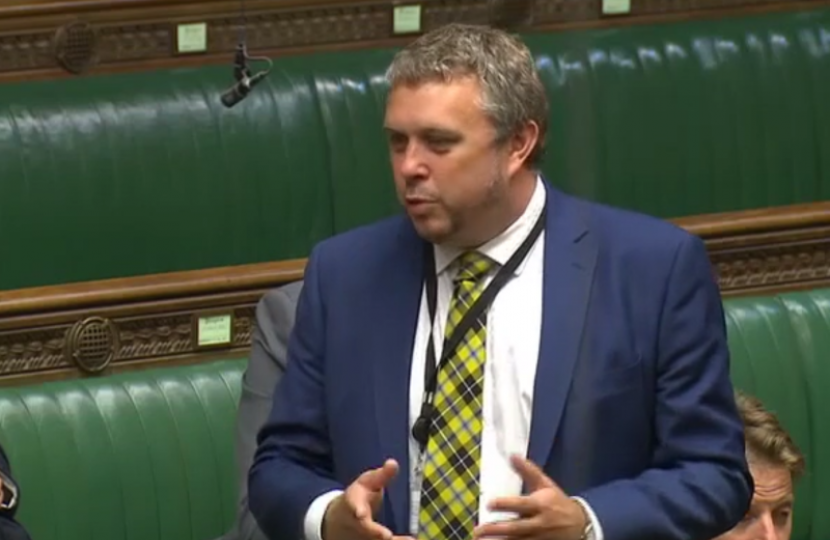 Steve Double, Member of Parliament for St Austell and Newquay has this evening questioned Secretary of State for Homes, Communities and Local Government James Brokenshire MP on the newly announced Stronger Towns Fund.

Speaking in Parliament this evening, Steve questioned the Secretary of State on concerns raised that Cornwall, despite having some of the lowest wages and highest levels of deprivation in the country, had been grouped with the south west and as such would receiving a relatively small amount of the £1.6bn fund (£33m) compared to other areas, according to initial figures given.

In reply the Secretary of State confirmed that towns in Cornwall would also be eligible to bid for monies from a £600m allocation within the fund in addition to the initial allocation. He also confirmed that the Stronger Towns Fund is separate to the Shared Prosperity Fund, the Government’s replacement for European Structural Funding, the detail of which has yet to be announced.

Commenting after the debate, Steve said:

“I was concerned that Cornwall, despite having some of the most deprived areas in the country, has been put in with the South West which will receive a smaller allocation of the overall funding announced in today’s Stronger Towns Fund, compared to other areas of the country.”

“I was keen to raise this with the Secretary of State in Parliament as soon as possible on behalf of the people of Cornwall.”

“I was reassured by the Secretary of State's reply to my question, and his explanation that this money is in addition to the Shared Prosperity Fund, as well as his confirmation that there is a £600m fund within the Stronger Towns Fund that towns in Cornwall will also be able to bid for.”

“I will continue to do all I can to ensure Cornwall gets our fair share of all monies allocated to it from the Government.”